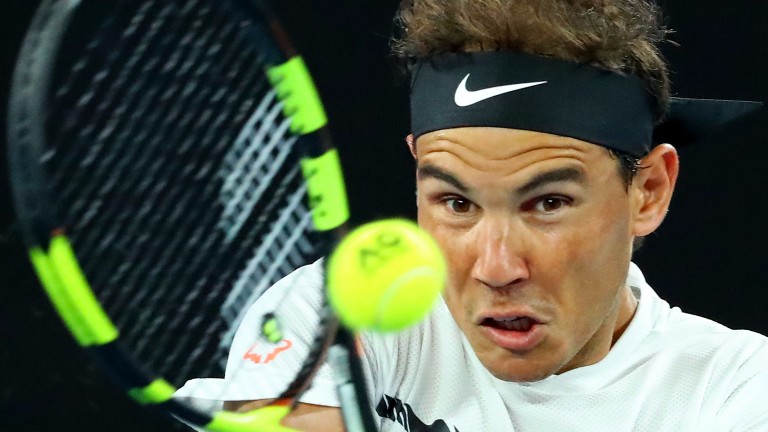 Rafael Nadal is getting back to his best and the Spaniard should be able to find a way to temper Grigor Dimitrov’s enthusiasm when the pair clash for a place in Sunday’s Australian Open final.

Dimitrov is playing at the peak of his powers and easily swept aside David Goffin 6-3 6-2 6-4 to progress to only his second Grand Slam semi-final.

The Bulgarian, who like fellow Melbourne Park semi-finalist Coco Vandeweghe won the 2008 US Open juniors title, trails Nadal 7-1 in meetings but did win their last battle, in Beijing last year.

Their only previous Grand Slam rumble saw Nadal fight back and wear down Dimitrov 3-6 7-6 7-6 6-2 and that scoreline should give the outsider hope.

But this is arguably the best Nadal has performed down under for a few years and it will be a surprise if the experienced Majorcan cannot find a way to slow down and control the match in time-honoured fashion.

The Australian Open has been Nadal’s least successful Slam with only one singles triumph in 2009. But he was runner-up in 2012 and 2014, so his chances of claiming a second trophy on Sunday aren’t exactly desperate.

A Roger Federer v Nadal final, which had been backed at 100-1, is now just 11-8 and Nadal is as short as 6-4 to beat Dimitrov in straight sets as he did against quarter-final opponent Milos Raonic.

That may be harder to achieve in the semi-final because Dimitrov is a sprightly mover around the court, but with Nadal it’s often wrong to ignore the chance of him posting a quick victory.

Because of that, punters are probably better backing the favourite to win the match at 4-9 as supporting him to concede 2.5 games on the handicap could prove a bumpier ride.