Focused Athletic Bilbao to put Las Palmas in their place

Canary Islanders terrible on the road 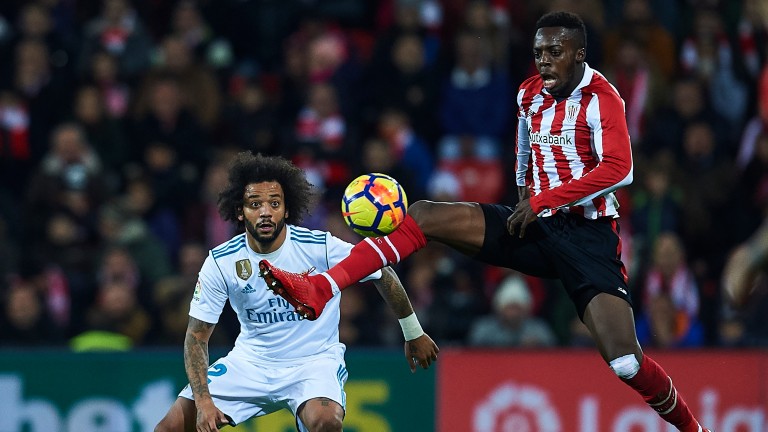 Thirteenth-placed Athletic Bilbao are eight points and six positions worse off than at the same stage of last season but have plenty of time to climb to a more respectable La Liga placing and can make a start by easing to victory over lowly Las Palmas.

The first half of the campaign was tough for Athletic, who struggled to juggle their Europa League and domestic commitments.

They qualified for the Europa League knockout stages as group winners but, by the end of their campaign, were languishing fifth-bottom in La Liga with three wins from 14 matches.

The absence of Europa League football appears to have helped with Jose Ziganda's side collecting three victories, four draws and one defeat from their last eight La Liga matches.

However, Athletic will need very a strong finish to the season to revive hope of another Europa League qualification.

They must pile up the points at home and will be delighted that eight of their remaining nine games at San Mames are against teams from outside of the top six.

Las Palmas have boosted their survival hopes with two victories from the last three games but have been dreadful on their travel, taking one point from the last nine away games.

The Canary Islanders have lost their last six away fixtures without scoring and lost some of their potency when five-goal striker Loic Remy sealed a loan move to Getafe towards the end of the January transfer window.

They are the second-lowest scorers in La Liga with just 17 goals and are likely to suffer another away defeat without finding the net.