Cilic is final opponent after four-set win over Querrey 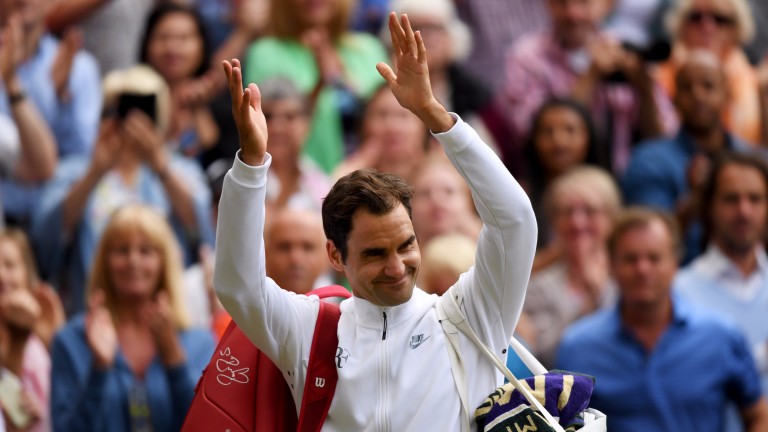 Roger Federer was quoted at 1-4 on Friday night to win his eighth Wimbledon singles crown on Sunday after easing past Tomas Berdych 7-6 7-6 6-4.

The Australian Open champion will meet Marin Cilic in the final after the Croat fought back from the loss of the opening set to defeat Sam Querrey 6-7 6-4 7-6 7-5.

Cilic, who has reached the All England Club final for the first time, was last night 4-1 to win his second Grand Slam crown having gone all the way in the US Open in 2014.

Cilic versus Querrey, whose stoicism had helped him to defeat Andy Murray in the last eight, was tense stuff at the outset with precious little in it between the big-serving pair and the seventh seed blew a golden chance to take a one-set lead.

With Cilic having talked the talk about being a much steelier performer at Wimbledon thanks to the input of Murray’s former coach Jonas Bjorkman, he now needed to walk the walk.

But tightening up his game after set one helped Cilic to reel off the three sets he needed to progress.

Federer barely had to get out of second gear to defeat Tomas Berdych 7-6 7-6 6-4, stepping things up in tiebreaks when the situation required it.

Federer still has the shots, but proficient grass-court performer Berdych yet again came up short against the Swiss legend.

The Czech also had the crowd to contend with and was power­less to stop Federer’s march.
Men’s final: 1-4 Federer (Hills) v 4 Cilic (Sky Bet).