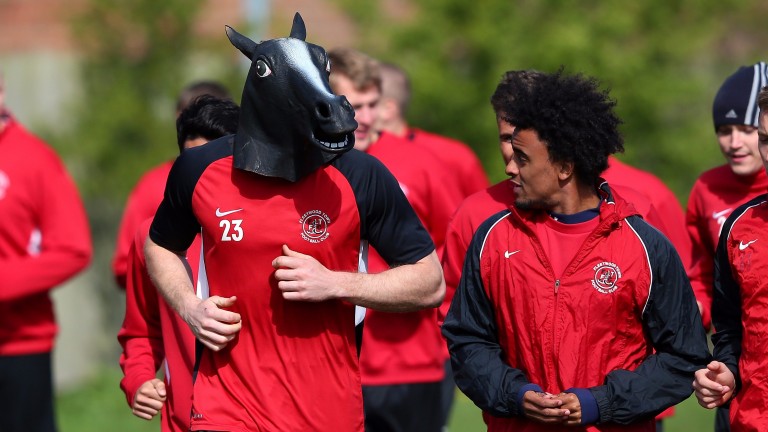 Fifth versus fourth suggests there isn’t much between Bradford and Fleetwood and this is a game where it’s arguably easier to make the case for the draw than one for either side.

Bradford are solid favourites to qualify – they’re as short as 1-2 – but it's the Cod Army who look a bit of value.

The first leg should be tight but it’s perhaps understandable why Bradford are odds-on to win it.

Unbeaten at home all season, they signed off with five straight wins at Valley Parade, one of the most passionate stadiums in Sky Bet League One. Among those many home triumphs was a 2-1 success over Fleetwood.

They haven’t lost in front of their own fans in a league game since this time last year when they were humbled 3-1 by Millwall at this stage of the playoffs. City’s promotion dream was effectively over by half-time.

It hadn’t been a cold day in West Yorkshire but too many Bantams players froze – and rest assured the home dressing room is well aware of last May’s flop.

This is their chance to atone for that howler although they will not be underestimating Fleetwood, who are the most improved side in the division by a country mile.

Fleetwood could have gone up on the last day of this season but 12 months earlier they were avoiding relegation on the final weekend.

The transformation under Uwe Rosler is astonishing and little wonder that several clubs – among them Norwich – are determined to nick the German away from Highbury this summer.

Is that a distraction for him and his players? Three league defeats since November suggest otherwise.

Their strength is their defence and that’s a worry for Bradford, who create chances but struggle to take them. If Fleetwood don’t even allow the Bantams to create them, then Stuart McCall’s men are in bother.

A league-high 20 clean sheets have got keeper Alex Cairns on West Ham’s radar and Rosler will be keeping his fingers crossed that impressive defender Cian Bolger recovers from a knock picked up in Sunday’s 0-0 draw against Port Vale.

They have lost only once away since November with road wins chalked up at such venues as Sheffield United, Scunthorpe and Oxford.

The stat that recurs when considering a bet on this game is that Bradford drew 12 times at home this season.

They’ll be keen not to throw the tie away as they did at home to Millwall last season while Fleetwood would love to take a draw back to the Fylde.

Team news
Bradford
Top scorer Alex Jones is a doubt with a hamstring.

Fleetwood
Key defender Cian Bolger is a doubt after getting crocked against Port Vale. Jimmy Ryan is back in training after a lengthy absence.

Key stat
Fleetwood have more clean sheets (20) than any other League One side.