Flamengo should have few problems with struggling Chapecoense 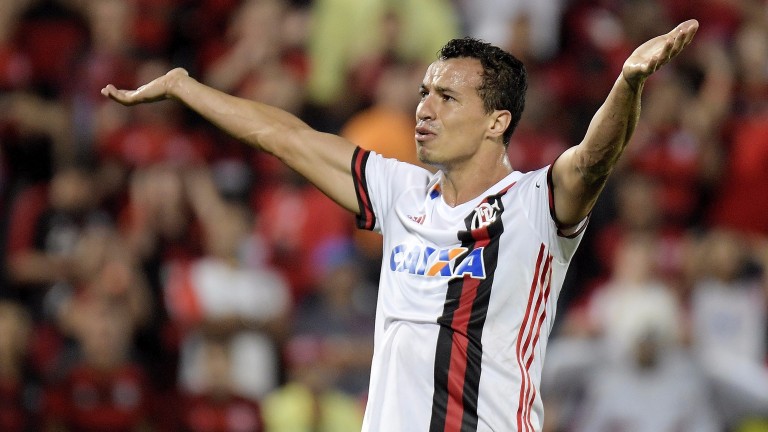 Leandro Damiaoa of Flamengo has scored in his last two matches
Alexandre Loureiro
1 of 1
By Dan Childs 4:30PM, JUN 22 2017

Brazil Serie A
1am Friday

Chapecoense have been doing remarkably well in their first season since the tragic aeroplane crash in November which claimed the lives of 19 players but they may fail to take any points from their Serie A away match at Flamengo.

Despite having to put together an entirely new group of players, Chapecoense made an amazing start and were briefly positioned at the top of the table after taking ten points from their first four games.

However, their unbeaten run disappeared with a 6-3 defeat at home to Gremio and the dip in performance has continued with a run of three losses in their last four matches.

Despite poor recent results, head coach Vagner Mancini must be reasonably happy with a 13-point haul from the first eight games which puts them two points above mid-table Flamengo, the division's draw specialists with five stalemates.

Five-time champions Flamengo finished third in last season's title race and the Rio de Janeiro giants had hoped to make a bold bid for the title in 2017.

However, there is still plenty of time to push up the table and there were signs of a recovery last week as Flamengo followed a 2-0 home win over Ponte Preta with a 2-2 draw at Fluminense.

Brazilian international striker Leandro Damiao, once a target of some of Europe's top clubs, has sprung into life with two goals in his last two matches, and there is a solidity to the defence with Flamengo conceding just one goal in three home matches.

Ze Ricardo's charges look to be moving in the right direction and a comfortable win is on the cards against a Chapecoense side going through a poor run.