Five things we learned from this weekend's football 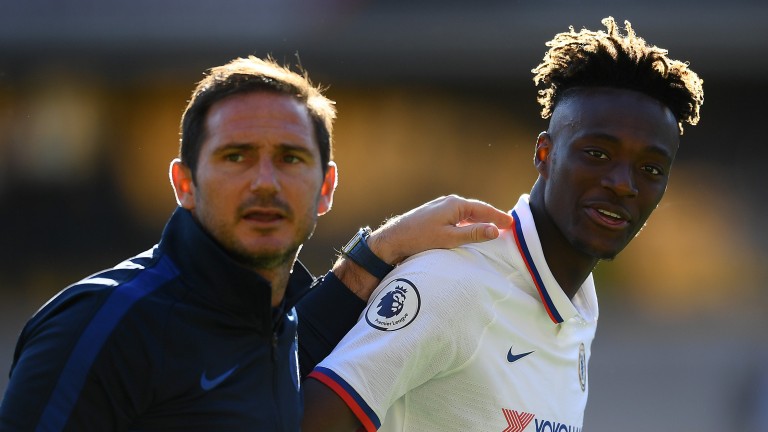 1 Frank Lampard's legacy at Chelsea is already being established

Chelsea have got through a fair few managers since Roman Abramovich started ploughing his millions into the west London outfit, but the amount Frank Lampard achieved at the club as a player is sure to afford him a bit more time than some of the others who have occupied the Stamford Bridge dugout had.

However, the tide is turning in one respect as it is young players who are making their mark for the Blues. All five of their goals in the victory at Wolves were scored by home-produced players with Tammy Abraham netting a hat-trick.

Whether Lampard would have been as liberal in dishing out first-team appearances to academy products had the club not been the subject of a transfer ban will never be known.

But the new approach has shown Chelsea there is another direction that can be taken rather than blockbuster big-name signings and whether it was intended or not, it has opened a few eyes.

And there should be teams up and down the land who benefit too. Chelsea loanees are posted all over the place and the sight of Abraham, Mason Mount and others performing well in the first team can only encourage them to show their own ability.

2 Roberto Firmino has to stay fit for Liverpool

Liverpool weren't struggling against Newcastle when Divock Origi had to leave the field through injury but the introduction of Roberto Firmino definitely gave the Reds an extra dimension.

He was able to drop into space to confuse the Newcastle defence and that gave him the opportunity to bring Mo Salah and Sadio Mane into the game.

The Brazilian is an unselfish player who performs well for the team and the intelligence he provides allows his strike partners to flourish. And he's no mean finisher himself.

Other players may be available to apply the finishing touch but that creativity is not easy to find.

If more people start to recognise it and Jurgen Klopp's side manage to maintain the pace, then we might look back at prices of 18-1 about him being player of the year and regard them as a missed opportunity.

3 Tottenham need to get off to a fast start

The longer a team hold out against Tottenham, the more they fancy their chances and Mauricio Pochettino's team can seem to run out of ideas. It was displayed perfectly when Newcastle left London with the points a few weeks ago.

However, if Spurs take an early lead, they can be ruthless, as Crystal Palace found to their cost in Saturday's 4-0 defeat.

Since the start of the 2016-17 season, Tottenham have scored in the first 25 minutes in 37 matches. They have won 30 of them, drawn five and lost just twice.

They simply have to be more positive early on. If they can do that, then Spurs should be able to maintain the third spot they have earned at this early stage.

4 West Brom are likely to get better

After Swansea and Charlton lost on Saturday, the Baggies are the only unbeaten team left in the Sky Bet Championship and their battling qualities have shown through.

Slaven Bilic's team have earned 13 points from their seven games this term, including a creditable 1-1 draw at Fulham on Saturday, and all but one of those points have been won from losing positions.

Once they start to avoid conceding the first goal - four times they have let one in in the first 15 minutes - there is potential for Albion to climb the table.

It is a solid start and Bilic's boys are certainly displaying their battling qualities which should stand them in good stead.

5 Clyde could storm Ladbrokes League One

The Bully Wee took just one point from their opening three matches in the Scottish third tier this season and it is fair to say they have turned the corner.

Their 6-1 victory over Stranraer means Danny Lennon's side have collected seven points from their last three outings and they are firmly back in the game.

Any team at that level who can afford the services of former Aberdeen and Blackburn striker David Goodwillie are bound to do well, as his five goals in Saturday's success demonstrate.