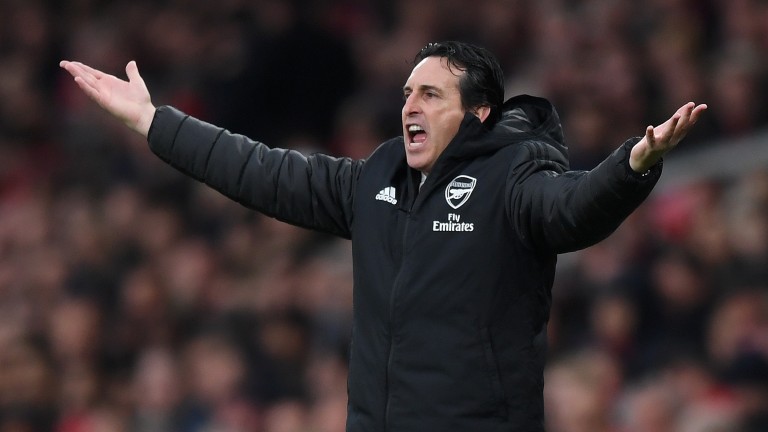 1 Unai Emery is becoming the architect of his own downfall

For as long as Arsenal are not winning matches, there will be mounting pressure on Unai Emery and the Spaniard is not doing himself any favours when it comes to press conferences and team selection.

After a dire 2-2 draw with a Southampton side who were spanked 9-0 by Leicester a month ago, Emery saw fit to say that Arsenal played their "best 20 minutes" of the season in the game.

For a manager in the infancy of his tenure at a club, this would be encouraging. In Emery's circumstances, it is embarrassing.

He once again deployed Lucas Torreira in a more advanced role alongside Matteo Guendouzi despite the Uruguayan's agent recently conceding the change in position has "hurt" the midfielder.

Arsenal allowed the Saints 21 shots at the Emirates and players look increasingly unsure of their roles in the team. It seems a case of when, not if, he will part ways with the Gunners.

He has barely walked through the door, so to consider the 3-2 win over West Ham as a tactical triumph from new Tottenham manager Jose Mourinho would be ludicrous.

But there were encouraging signs in the performance and what Tottenham have lacked in the last 18 months could be exactly what the Portuguese maestro brings to the party.

Passing out from the back was gone and Eric Dier, handed only his third league start this term and evidently short of fitness, looks a perfect fit for the Mourinho system, capable of adding more balance to the Spurs midfield.

Mourinho's sometimes anti-football approach was lambasted in Manchester but he now has the breadth of attacking quality to blend substance with style and that could be a winning combination.

If Leicester are the Buzz Lightyear of the Premier League this term - exciting, innovative and something new to talk about - Wolves are like his Toy Story pal Woody - yesterday's news with their best days behind them. Or so some people think.

Nuno's men flew up to fifth in the table with their 2-1 win over Bournemouth and although they are not really being talked about, the 5-1 quotes about them going one better than last season and making the top six looks overpriced.

Wolves proved last term that they can get results against the big guns - they have already beaten Manchester City at the Etihad this term - and now they are finding ways to beat the league's lesser lights as well.

Brentford rank fourth in the Championship's promotion market at a best-priced 100-30 and there could be some value in that quote.

The Bees are buzzing and are enjoying a good final season at Griffin Park with Saturday's defeat of Reading their eighth league win of the campaign.

Ollie Watkins struck the decisive goal in the 1-0 victory, taking his tally to 11 in the league, one shy of Aleksandar Mitrovic.

The Brentford forward is successfully plugging the gap left by Neal Maupay's exit for Brighton in the summer and could be worth a look to finish top goalscorer in the division.

Bundesliga leaders Borussia Monchengladbach travelled to new boys Union Berlin as odds-against shots for victory on Saturday and it became easy to see why.

The capital club ran out 2-0 winners, adding to their home scalps of Borussia Dortmund and Hertha Berlin.

Their superb defensive structure, coupled with a dangerous attacking duo of Anthony Ujah and Sebastian Andersson, makes them a threat to any top-flight outfit in Germany.