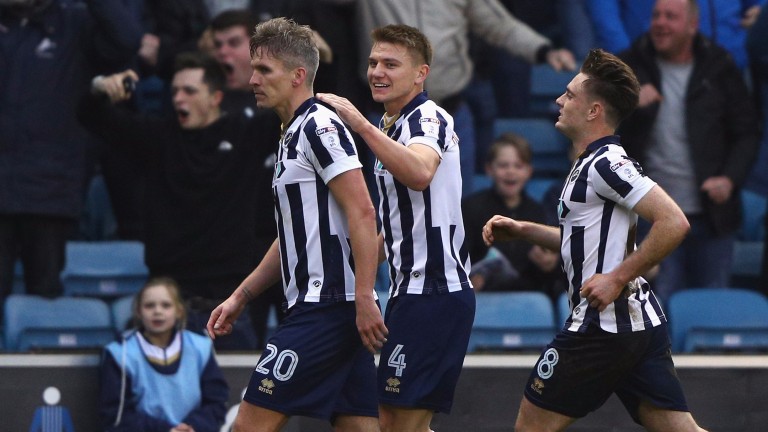 1 Howe could not care less about cup competitions
Seventh spot could be enough to gain entry into the Europa League this season but don't expect ninth-placed Bournemouth to be pushing hard for that reward over the second half of the campaign.

Cherries boss Eddie Howe clearly could not care one iota about anything beyond the Premier League judging by his team selection for Saturday's 3-0 loss to Millwall in the FA Cup.

Most top-flight managers will rotate to some degree in the cups but Howe took that to the extreme with 11 changes and even some of those on the bench from the 3-3 draw against Arsenal were given the afternoon off at the Den.

Youngsters Jordan Lee and Emerson Hyndman, who were both substituted before the hour-mark, were among the starters as the Lions ripped Bournemouth apart.

Bournemouth have a lovely run of league fixtures to end January (Hull away and home dates with Watford and Crystal Palace) but should the Cherries get themselves into a position to push for higher than mid-table it may pay to start opposing them.

2 Wolves can raise their game
There was decent market support in the summer for Wolves, under their new ownership, to win the Sky Bet Championship but it has been a poor campaign and Wanderers are stuck down in 16th spot.

However, maybe some of the arrivals such as on-loan Benfica man Helder Costa, who scored in the shock 2-0 win at Stoke, are more suited to the biggest games in the division rather than the mundane action on a weekly basis.

Wolves have also won 2-0 at Newcastle this season, played Aston Villa off the pitch in a 1-1 draw on the road and held Sheffield Wednesday to a goalless draw at Hillsborough.

Paul Lambert's side have some tough fixtures on the horizon against Villa, Norwich and Huddersfield to finish off January but in a strange way that could suit this Wolves side perfectly.

3 Reds don't have enough in reserve
The FA Cup is definitely Liverpool's lowest priority as the EFL Cup semi-finalists also chase the Premier League but even so they put in a tepid performance in the 0-0 draw with Plymouth at Anfield.

Plenty of players were given an opportunity to impress by Jurgen Klopp but none of those reserves were able to put in a performance, which should be of major concern to the Reds.

Not only do they now have to negotiate a replay in Devon but it highlights that Liverpool will need to be lucky with injuries and suspensions to sustain a title challenge.

4 Diamond could be Pep's best friend
Manchester City have tried a number of formations this season and the diamond used in Friday's 5-0 win at West Ham seemed to suit them better than most.

Pep Guardiola has struggled to get both David Silva and Kevin De Bruyne in key central areas but this shape certainly allows that and the Spanish player claimed the man-of-the-match award.

There was also a bit more defensive solidity with Pablo Zabaleta in midfield so expect to see more of the diamond in the future.

5 Colchester are on the march
Talking of formation tinkering leads us on to Colchester who have won seven and drawn one of their eight matches since switching to a 3-4-1-2 formation. United have scored 20 and kept five clean sheets.

Saturday's 4-1 victory over high-flying Carlisle, less than two weeks after a 1-0 success at Luton, has moved the Essex club up to sixth in Sky Bet League Two.