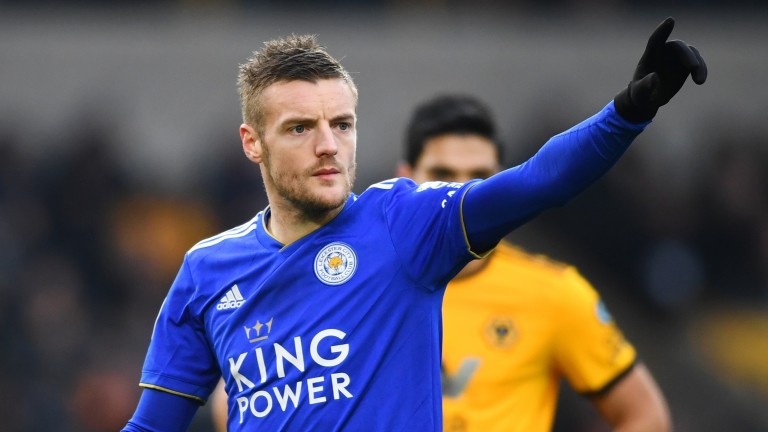 If Leicester City's Premier League campaign was being played on Fifa 20, Jamie Vardy would have surely come to the manager begging to be rested by now.

Vardy - the top scorer in the division with 17 goals - notched the opener at Manchester City and has not missed a league fixture this season.

His imperious form and contagious smile may suggest otherwise but Brendan Rodgers is right in saying he will have to rest the Englishman at some point over the festive period.

The question is for Leicester - who replaces Vardy in the team?

The next highest-scoring striker in the squad is Kelechi Iheanacho, who has scored four times but has failed to reach the level he was expected to.

If Leicester are to maintain their intensity into the second half of the season, finding an adept deputy for Vardy in the January window will be paramount.

Aston Villa plummeted from 7-4 to 10-11 for the drop after they were thumped 3-1 by relegation rivals Southampton at Villa Park but there could still be some value in their price.

They go into crucial contests with Norwich and Watford having lost their last four matches and with some key players sidelined by injury.

Dean Smith said "it doesn't look good" when commenting on the ankle injury sustained by midfield maestro John McGinn against the Saints, while key defender Tyrone Mings is yet to return.

Their chances of improving the squad have been hindered by the news that target Said Benrahma is set to stay at Brentford and main striker Wesley looks short of confidence. There is plenty of work to be done.

Carlo Ancelotti and Mikel Arteta have not changed their minds about taking their new jobs but the Everton and Arsenal bosses will know they have plenty of work to do after their sides played out a dour 0-0 draw at Goodison Park.

The home team failed to register a shot on target while the Gunners managed only two as caretaker managers Duncan Ferguson and Freddie Ljungberg took charge for the last time.

But Arsenal fans scraping the barrel for reasons to be optimistic can draw solace from a starting 11 which featured four players aged 20 or younger.

Arteta is tasked not only with quickly finding some form at the Emirates but also rediscovering Arsenal's identity and the youthful exuberance of Bukayo Saka (18), Reiss Nelson (20), Emile Smith Rowe (19) and Gabriel Martinelli (18) among others will be central to that.

They are still nine points clear of the playoff zone but Leeds should know better than any side in the Sky Bet Championship not to take their position for granted.

After conceding a 3-0 lead to draw 3-3 with Cardiff last time out, Marcelo Bielsa's men suffered their first defeat since October 5 in a heated 2-1 loss to Fulham.

The festive period can often make or break a club's campaign and there is plenty of time for United's promotion push to unravel in the coming weeks as they face top-six outfits Preston and Sheffield Wednesday as well as leaders West Brom in their next four league fixtures.

Bayern Munich's stranglehold on the Bundesliga is under threat but not only by Borussia Dortmund.

Julian Nagelsmann's RB Leipzig are top of the tree going into the winter break and are the team to beat at the halfway stage.

While 18-goal Timo Werner has been central to their success, the reasons for their ascent to the Bundesliga summit extend beyond the German marksman.

They ran out comfortable 3-1 winners over Augsburg on Saturday without Werner on the scoresheet.

Patrik Schick has a newfound confidence in front of goal, only Gladbach and Wolfsburg have conceded fewer and their midfield is marshalled by top technicians Emil Forsberg and Marcel Sabitzer. They are value at 11-4 to go all the way.