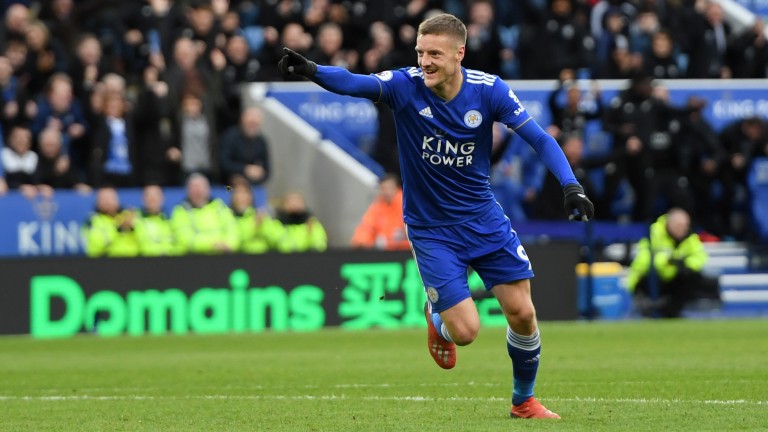 Manchester City and Liverpool both had to overcome dodgy periods before sealing vital victories over the weekend and the idea of pressure crippling the top two is probably overplayed.

City had been frustrated for 45 minutes by a much-changed Watford side, but they always looked calm in the chase for that crucial opening goal, while Liverpool responded with a comfortable triumph over Burnley.

Their 4-2 win came after they conceded a controversial goal, when it could have been easy for Liverpool to panic if they really were struggling to maintain their composure during this intense title battle.

However, they were always in control apart from an anxious 30 seconds towards the end and played well in difficult conditions against opponents who are known for their stubborn qualities.

2 Cardiff give themselves a chance

There will have been some frustration in the Cardiff ranks when they returned to their dressing room and saw Southampton and Newcastle had secured wins after trailing, but the Bluebirds have at least kept themselves in the hunt with the 2-0 win over West Ham.

Cardiff conceded possession and West Ham had 71 per cent of the ball, but Neil Warnock's side dominated the shot count 16-9 and had seven attempts on target to the Hammers' two.

They played it like a final, which is understandable given their horrendous run of remaining fixtures with games against City (away), Liverpool (home), Manchester United (away) and Chelsea (home) still to come.

Jamie Vardy made no secret of the fact that Claude Puel's philosophy did not play to his strengths and the former England striker already looks rejuvenated by Brendan Rodgers' appointment as manager.

Vardy, who scored in last week's loss at Watford, set Leicester on their way to maximum points against Fulham on Saturday by assisting Youri Tielemans' opener before his decisive late double secured the success following Floyd Ayite's equaliser.

The last of Vardy's goals took him to 100 in a Leicester shirt and he could be a man to follow over the remainder of the campaign with the likes of James Maddison slipping balls through to the Foxes forward.

It was a disturbing weekend of crowd trouble in Britain with a Hibs fan confronting Rangers' James Tavernier on Friday and an Arsenal supporter getting close to Chris Smalling, but the worst incident occurred at St Andrew's when Jack Grealish was attacked during Sunday's derby defeat.

Grealish had the last laugh by shooting Aston Villa to victory and later said it was the "best day of his life" but Birmingham need to be severely punished. The club issued a strongly worded statement which is a step in the right direction.

A points deduction may be too much of a punishment on this occasion but a fine won't do the trick and St Andrew's needs to be closed for at least one game.

5 League One relegation battle is tight

The bottom three in Sky Bet League One all collected maximum points to condense the bottom half into an almighty scrap for survival with ten matches remaining.

Bradford and Rochdale won under new managers and will be hoping a change in the dugout can bring them better fortune in the final furlong and the sprint finish could hardly be closer.

Oxford, in the fourth relegation spot on 39 points, are only four behind Gillingham in 13th and while the bottom three are all odds-on to go down it's then 3-1 the field.

Accrington, with one league win since Boxing Day and still to play four of the top six, could be interesting at 6-1 to drop.