Five things we learned from the weekend: Cardiff and Everton suffer setbacks 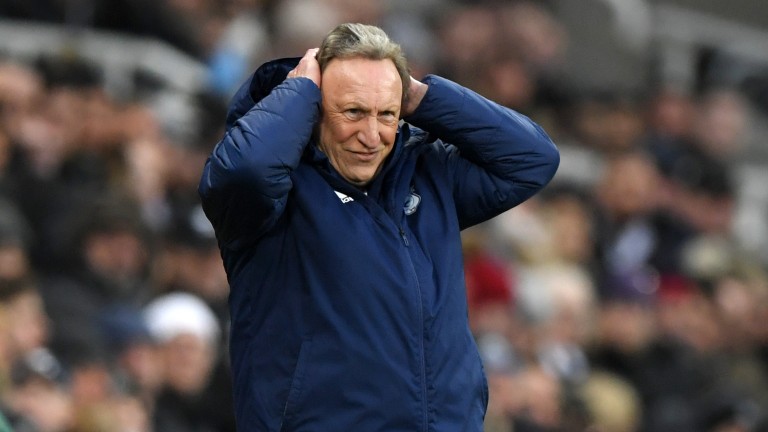 Cardiff returned to the Premier League drop zone on Saturday after a dismal 3-0 loss at Newcastle and nothing about their performance on Tyneside suggested they have a realistic chance of staying up.

In their previous 22 league games, Newcastle had scored just 16 goals but they romped to a easy victory against a Cardiff defence weakened significantly by the absence of captain Sean Morrison.

Earlier in the week Morrison had to be rushed to hospital to have an operation on a burst appendix. He faces an estimated six weeks on the sidelines, dealing a massive blow to Cardiff's prospects.

Morrison's leadership qualities were instrumental in crucial December victories at home to Southampton (1-0) and away to Leicester (1-0) and without him in their side Cardiff are likely to be much easier to beat.

Offensively they are going to have much better options with Everton loanee Oumar Niasse arriving but Niasse had a tough 63-minute debut at Newcastle, discovering how difficult it is to play in a side with little creativity.

Cardiff have time to do some more business but as things stand they look destined for the drop.

2 No Silva lining for Everton

There are lofty ambitions at Everton with long-term plans for an expensive new stadium and stated aims to challenge the established elite in English football but Saturday's miserable 2-1 loss at Southampton leaves them 11th and 14 points adrift of the top six.

Southampton had endured a gruelling and disappointing week, exiting the FA Cup on Wednesday with a penalty shootout loss to Derby.

But they looked sharper and fitter than the Toffees, who have been stuck in a rut since an unfortunate 1-0 loss to Liverpool at Anfield in December.

Marco Silva's side have collected just eight points from their last ten games and barring a dramatic reversal of fortunes they are unlikely to win the race for seventh.

Anything worse than eighth – the position achieved by a combination of Ronald Koeman, David Unsworth and Sam Allardyce last season – would cast doubt over the future of Silva, who has been given huge financial support to take the club forward.

3 Preston were right to take stock

Preston are not afraid to take a chance on players from a lower division and their recent purchase of Jayden Stockley from Exeter is looking like a smart move.

Playing two levels higher is a huge challenge but Stockley has gone straight into the Preston line-up and on his second start he netted a superb goal in a 4-1 success at QPR.

Stockley was brought in to play as a target man but he has excellent technique and put it to use with a superb finish to open the scoring at Loftus Road.

He also led the line extremely well and looks to have the potential to establish himself as a good second-tier striker.

Swansea have taken a long time to find their feet since last season's relegation but have stepped up their performances in 2019 and may still have enough time to mount a push towards the Sky Bet Championship playoffs.

A lack of consistency has held back the Swans but they are unbeaten in five games for the first time this season after an impressive 1-0 victory at home to Sheffield United on Saturday.

Their performance was a slow-burner as they started tentatively before a strong finish gave the players a huge confidence boost which could help them bridge a six-point gap to the top six.

5 Railwaymen are steaming ahead

A playoff push may also be on the minds of Crewe, who continued their recent improvement in Sky Bet League Two with a 1-0 victory at MK Dons.

Crewe are 14th with just 17 games left but they are only six points outside the top seven and are playing in a more confident manner than most of the teams above them.

There was nothing fortunate about their success over the Dons and it put them in great heart for two key home games against sixth-placed Colchester and fourth-placed Carlisle.