Five injury problems you should consider this weekend 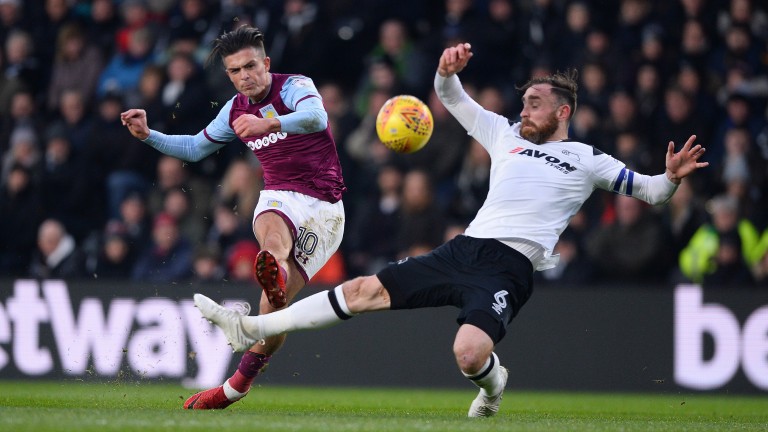 1 Spurs stretched without Kane and Son

This time last week Spurs were optimistically eyeing up a title push.

Now they are looking over their shoulders after last Sunday's loss to Manchester United was compounded by injuries to Harry Kane (ankle) and Moussa Sissoko (groin).

Kane's absence for an anticipated six weeks could not have come at a worse time with Heung-Min Son jetting off to spearhead South Korea's Asia Cup challenge.

Son could miss a maximum of five games, leaving Mauricio Pochettino with a significant problem.

If he chooses to solve it in-house he could turn to Fernando Llorente or perhaps push Dele Alli or Lucas Moura further forward.

The loss of Sissoko – now firmly established as a first-choice player – is another blow although Eric Dier is back in full training and looks a possible replacement.

Martin O'Neill's first team selection at Nottingham Forest could be a tricky one with several defenders unavailable for Saturday's clash at home to Bristol City.

Jack Robinson is the only fit senior centre-back but he is on the brink of a possible two-match ban having totted up nine yellow cards this season.

One of O'Neill's recognised strengths is his ability to organise a rearguard and he will need to show all of his tactical nous to keep Bristol City at bay.

Aston Villa's recent struggles have coincided with Jack Grealish's absence with a shin injury and they appear to be no nearer to knowing when the 23-year-old will return.

Grealish has been building up his fitness in Dubai but will not be available for Saturday's match at home to Hull.

Of the seven consecutive games Grealish has missed, Villa have won just one of them.

Henri Lansbury (hamstring) is also unavailable but there is better news regarding centre-forward Jonathan Kodjia, who has shaken off the ankle injury which ruled him out of last Saturday's dismal 3-0 defeat at Wigan.

Gillingham registered a hard-fought 3-2 victory at Burton last Saturday but it came at a cost with both starting centre-backs – Connor Ogilvie and Gabriel Zakuani – suffering injuries and failing to finish the game.

Zakuani took a blow to the head and will need assessing, while Ogilvie (knee) faces a spell on the sidelines.

Their injuries could offer a route back into the team for Max Ehmer, who came off the bench at Burton, having fully recovered from a shoulder injury.

Ehmer looks a certain starter at home to Walsall but Gillingham are sweating on the fitness of top scorer Tom Eaves, who missed out last weekend due to a minor ankle injury.

Sky Bet League Two leaders Lincoln have bolstered their defence in the build-up to their derby clash at home to Grimsby, loaning right-back James Brown from Millwall and snapping up centre-back Cian Bolger on a two-and-a-half year deal from Fleetwood.

And the Imps will be pleased that attacking midfielder Shay McCartan will be seeing out his season-long loan from Bradford after the Sky Bet League One side decided against recalling the player.

Danny Cowley is doing everything he can to build on Lincoln's strong position in the table but he will have to make at least two changes with Bruno Andrade and Jason Shackell suspended after their dismissals during last Saturday's 2-2 draw at Swindon.

Martin O'Neill is back on the Nottingham Forest payroll for the first time since 1981 and has been tasked with leading them back to the Premier League.

The 66-year-old has an excellent managerial CV which includes hugely successful spells with Wycombe, Leicester and Celtic, but he has not lifted a trophy since steering Celtic to Scottish Cup glory in 2005.

He has been less successful in recent times and achieved just 19 wins in 55 matches during a five-year spell with Ireland.

It is almost six years since he last managed a club side, at Sunderland, and that raises questions over his suitability for a role where there is pressure to deliver immediate results.

Forest have spent a lot of money in a bid to push for promotion and O'Neill will have to get a lot more out of the players than his predecessor, Aitor Karanka, did.

Steven Pressley had struggled in his first two jobs in English football, winning 32 of 100 games at Coventry and 11 of 40 with Fleetwood, but gets another chance with Carlisle, who are aiming to maintain their push for promotion from Sky Bet League Two.

Carlisle had an urgent need to act after losing their last manager, John Sheridan, to National League strugglers Chesterfield.

But the appointment of Pressley looks like a gamble which is unlikely to pay off.

Pressley needs to rebuild his reputation but he has a tough task with the club weakened by the January departures of on-loan attackers Jerry Yates and Ashley Nadesan, who have returned to parent clubs Ipswich and Fleetwood.