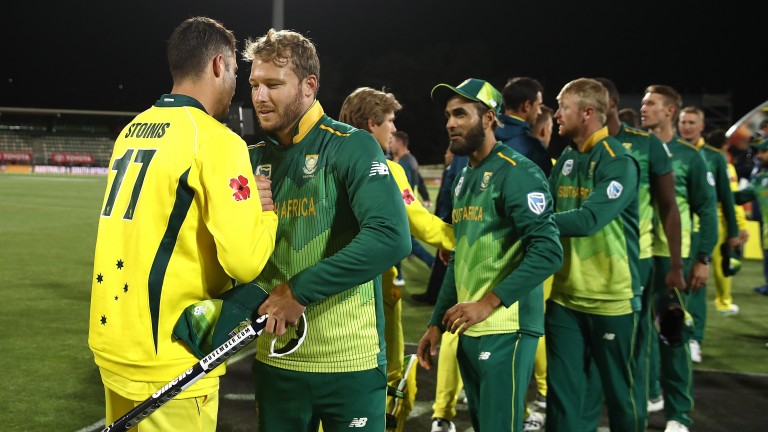 First ODI
Sky Sports Cricket, 11am Saturday
India sealed a morale-boosting ODI series win in Australia on Friday but their neighbours Pakistan are 7-2 outsiders to follow suit in South Africa.

This five-match series is an important part of the teams' build-up to this summer's World Cup in England and South Africa will be keen to improve their patchy record in Port Elizabeth, venue for the first ODI.

The Proteas have lost four of their last six ODIs at St George's Park, going back to a one-run defeat to Pakistan in 2013, and they start the series without rested pair Quinton de Kock and Dale Steyn.

De Kock's absence offers a chance for Aiden Markram to continue where he left off in the Test series victory over Pakistan.

The opener has had a frustrating start to his one-day career, scoring 66 in his debut innings against Bangladesh before 11 scores of between 19 and 42 in 15 subsequent knocks.

However, the red ball was pinging off Markram's bat during innings of 78,with 14 fours and one six, in the second Test and 90, featuring 16 fours, in the third match. He is worth backing to extend that form in the one-dayers.