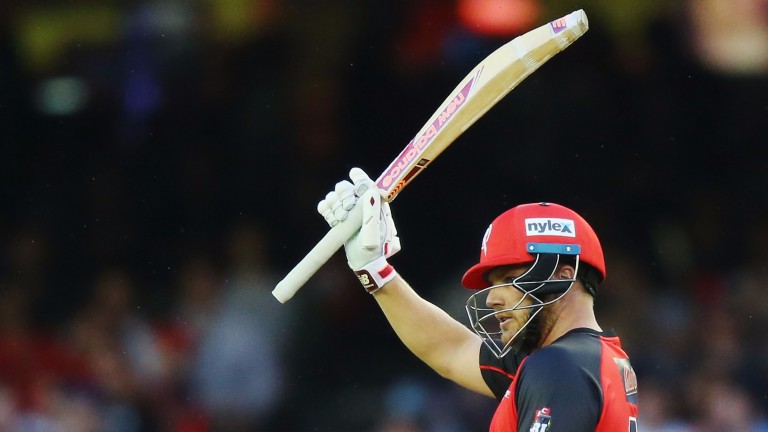 Back Renegades skipper Aaron Finch to rack up 33 or more performance points against the Stars in this second Melbourne derby in the Big Bash League at the Docklands Arena.

One point is gained for each run, ten points for each catch and 20 points for each wicket and Finch looks primed to fire with the bat, is a superb fielder and may well use his occasional slow left-armers to steal a wicket as the venue can be helpful to spin.

Finch, who has made 1,324 runs in 35 BBL innings including 111 not out and 84 not out in his first two derbies at this venue, made a fluent 30 when the Renegades beat the Stars at the MCG on Sunday and he opened up their campaign with a 37-ball 63 in their win over the Thunder. He was also looking superb with 24 off 14 deliveries in their last-ball defeat to the Scorchers.

Finch bowled that last ball to Ashton Agar, and it was a full toss, but it shows how he was prepared to bowl the final over in the absence of the injured Dwayne Bravo. He had earlier suckered the prize scalp of Mitchell Marsh.

Finch took two catches in their MCG-win and also pouched two against the Thunder.

The Stars are slight favourites to avenge Sunday’s defeat and skittled the Renegades for just 57 at the venue last season but their attack may not have recovered from Tuesday’s loss to Thunder.