Spaniard has been struggling with illness 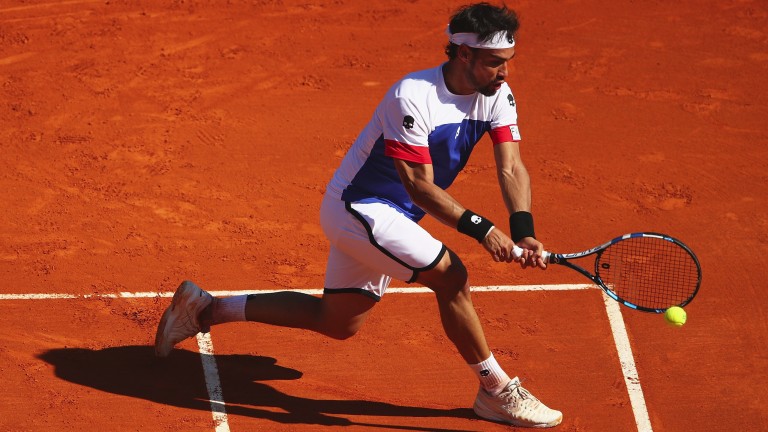 Fabio Fognini has a fair record against Rafa Nadal
Clive Brunskill
1 of 1
By Joe Champion 8:00PM, MAY 9 2017

Rafael Nadal begins his Madrid Open campaign against Fabio Fognini but the Spanish clay-court legend could find the fiery Italian tougher to pass than odds of 1-10 suggest.

Nadal has been in imperious form on the clay this season, completing a double 'La Decima' with victories in Monte Carlo and Barcelona, and the Mallorcan is a short price to add a fifth Madrid crown and a fourth since the tournament transferred from hard-court in 2009.

But he has been suffering with an ear infection in recent days and successfully requested that this second-round match be delayed by 24 hours to allow sufficient recovery time.

Nadal revealed that he has been in some discomfort and has been losing sleep. He is a fighter though, and, even with a physical issue, it's hard to see him losing against an inferior rival.

Fognini, however, has a respectable record against the 14-time Grand Slam champion, winning three of their 11 meetings - including two on clay - and if he is in the mood then he can keep it close.

There is more Spanish interest in the women's event where Lara Arruabarrena faces Anastasija Sevastova.

Arruabarrena is enjoying herself on the clay, reaching a final in Bogota and scoring a hard-fought victory over world number 18 Barbora Strycova on Monday.

Sevastova has been in decent form on the surface as well, beating top-ten players in Jo Konta and Karolina Pliskova recently. They look evenly-matched and this one could go the distance.