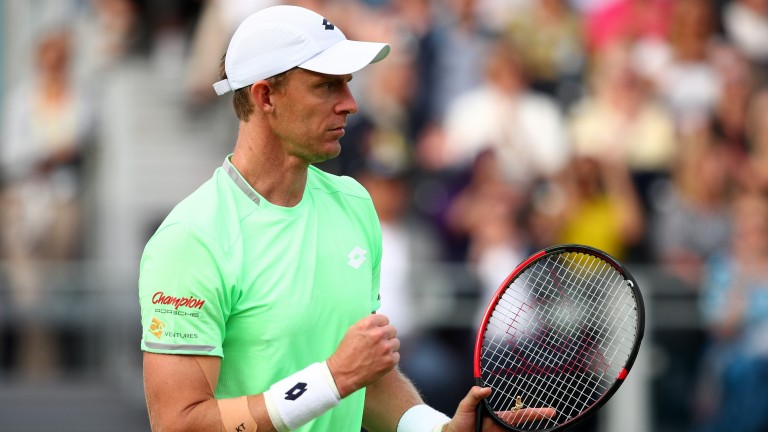 Kevin Anderson was made to work hard for a 4-6 7-6 6-4 success over Briton Cameron Norrie in his first-round match at the Fever-Tree Championships but he looks a solid 8-15 favourite to overcome his next opponent, Gilles Simon.

The bigger picture for Anderson is tuning up for Wimbledon – where he hopes to emulate last year's run to the final.

Anderson took time to get into his stride against Norrie but finished the match well and should be in better shape for the clash against baseliner Simon, who has never reached a final at a grass-court event.

Simon looks outmatched by Anderson, who is a solid wager to win in straight sets.

Andy Murray appeared to be heading for retirement earlier this year but makes his return to competitive action at the Fever-Tree Championships as a doubles partner for veteran Spaniard Feliciano Lopez.

Murray and Lopez have been handed a tough first-round draw against Colombian top seeds Juan Sebastian Cabal and Robert Farah and are 11-5 to get through. Cabal and Farah are warm 4-11 favourites.

The Scot is planning a return to the singles court later this year and is 33-1 to triumph at the US Open.

FIRST PUBLISHED 8:00PM, JUN 18 2019
Anderson took time to get into his stride against Norrie but finished the match well and should be in better shape for the clash against Simon