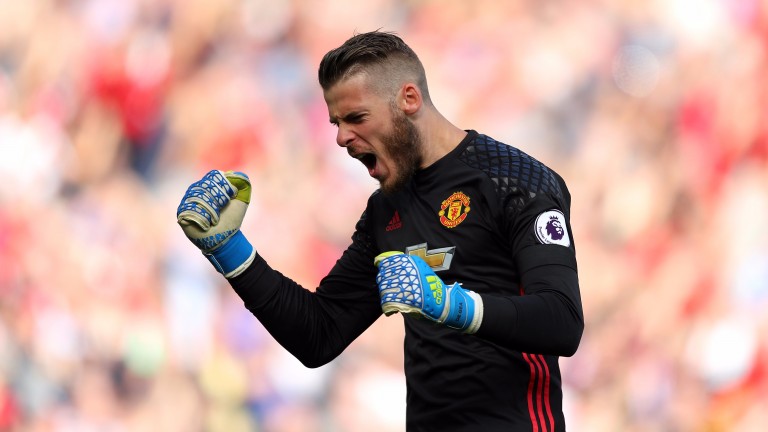 Jose Mourinho has been regularly losing his cool and his mood may not be improved by events in Istanbul where a red-hot atmosphere may help Fenerbahce claim an important Europa League win over Manchester United tonight.

The Portuguese was sent to the stands for the second half of United’s 0-0 draw with Burnley and has been handed an FA charge – his second in a week – relating to alleged comments made to match officials in the tunnel at half-time.

Failure to defeat the Clarets – United’s fourth straight Premier League game without success – has ramped up the pressure on Mourinho and damaged the Red Devils’ hopes of a top-four finish.

It has also increased the importance of the Europa League which offers an alternative route into next season’s Champions League.

However, qualification for the knockout stages is not guaranteed and a defeat to 5-2 chances Fenerbahce would leave United outside Group A’s top two with just a couple of matches left.

Mourinho has recognised the high stakes of tonight’s fixture by naming a strong squad but he may regret leaving Michael Carrick, one of the star men of United’s Europa League campaign, out of the travelling party.

Carrick’s eye for the killer pass was a key factor in United’s 4-1 demolition of Fenerbahce at Old Trafford last month but the 34-year-old is being held back for Sunday’s trip to Swansea because Mourinho needs him ready to fill in for Ander Herrera, who will serve a one-match domestic suspension.

United’s starting line-up will be a combination of first-team regulars and fringe players but they are sure to be weakened in central defence as first-choice pair Chris Smalling and Eric Bailly are injured.

Team news
Fenerbahce
The home side have no fresh injuries to report.

Manchester Utd
Phil Jones (knee) is in the squad for the first time in ten months but Chris Smalling, Antonio Valencia and Eric Bailly are injured and Michael Carrick and Memphis Depay have not travelled.

Marcus Rojo and Daley Blind are set to deputise, as they did against Burnley. They had an easy ride against the defensive-minded Clarets but should face a more serious examination from Fenerbahce, who know a victory would blow the qualification picture wide open.

They looked an ineffective bunch in Manchester but will be a different proposition at the Sukru Saracoglu Stadium where they have lost just one of their last 33 matches.

Fener manager Dick Advocaat will want his side to be more aggressive and has extra attacking options at his disposal with Jeremain Lens and Moussa Sow back from injury.

All eyes will be on former United striker Robin van Persie, whose second-half penalty was little more than a footnote in the defeat at Old Trafford.

That goal was only his second of the season but he returned to form with a brace in Sunday’s 5-0 league victory at home to Karabukspor and is 6-1 to score the first goal tonight.

Van Persie’s rising confidence is another thing to concern United and punters should back the hosts at 11-8 draw no bet.