Cilic should have the edge over Nishikori 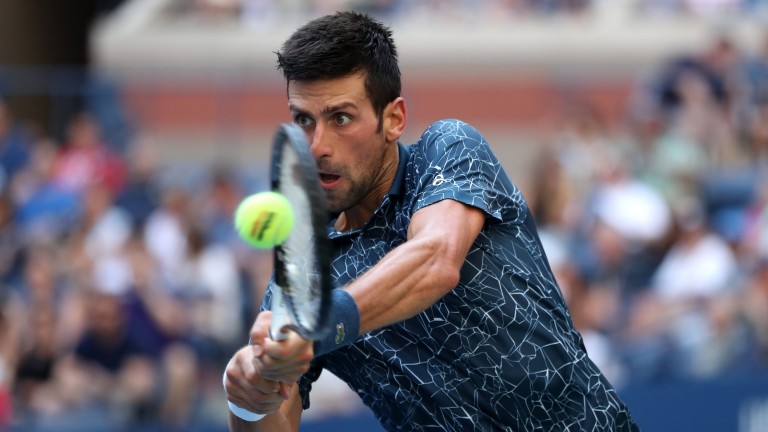 Novak Djokovic is expected to be the dominant force in his clash with John Millman
Matthew Stockman
1 of 1
By Adrian Humphries 8:00PM, SEP 4 2018

Punters face some difficult choices in the second day of quarter-final action, so the advice is to keep stakes sensible.

Novak Djokovic should do the business against Roger Federer's shock conqueror John Millman but the other three last-eight clashes in the men's and women's singles look potentially close affairs.

Djokovic v Millman
Millman's 3-6 7-5 7-6 7-6 victory over world number two Roger Federer is assured of a place in tennis history, but the Australian is highly likely to be brought back down to earth by Djokovic.

But before punters start going all gung-ho over Djokovic, it's important to remember that Millman's triumph was not his first decent result at Flushing Meadows this year.

Having seen off lowly-ranked wildcard Jenson Brooksby with no fuss, Millman was also superb in ousting Fabio Fognini, who has been in decent nick this year, and experienced campaigner Mikhail Kukushkin.

Now for the negatives. Millman will have been hugely busy doing media work following his victory over the sport's greatest player and it's not encouraging for his chances that he was thrashed 6-2 6-1 by Djokovic on the Queen’s Club grass this summer.

Djokovic went on to win Wimbledon a few weeks after that, but if anything the Serb is better on hard courts than on grass.

Considering he has already dumped out Richard Gasquet 6-2 6-3 6-3, it could pay to side with the favourite instead of the outsider on games handicaps.

That means asking Djokovic to successfully concede a start of 6.5 games – a shorter price but preferred to 7.5 – as opposed to getting with Millman with a start of 8.5.

Cilic v Nishikori
Resurgent Kei Nishikori is not without a chance of upsetting Marin Cilic in a Grand Slam for the first time since 2010.

But both stars are playing well and Cilic hammered the Japanese ace 6-3 6-3 6-3 on the way to collecting his only Grand Slam silverware in New York in 2014.

Nishikori leads Cilic 8-6 in career meetings but the Croatian number one, who has been troubled only by the dynamic Alex de Minaur in New York to date, has been increasingly dominant over the 21st seed in Slam outings since being edged out at Flushing Meadows eight years ago.

If anyone is likely to win well, it may be Cilic. But considering how well Nishikori is performing and that the seventh seed may not quite be hitting the highs he produced in New York four years ago, it would not be a surprise to see punters get long of games at 40.5.

The problem is, though, that figure could look a bit long should Cilic move into anything approach­ing top gear.

Backing Cilic to win the match is an option, but supporting the higher-ranked player at a better price to successfully concede a start of 1.5 games is also viable.

Suarez Navarro v Keys
Madison Keys would appear to have the beating of Carla Suarez Navarro, who she leads 3-0 in their personal series.

But while 14th seed Keys is the likelier victor, the seasoned Canary Islander has always taken the American to a deciding set in their matches and she is playing so well that an upset cannot entirely be ruled out.

Keys, stopped only by Sloane Stephens in the Flushing Meadows final last year, is 2-5 to progress to the semi-finals.

That looks about right but it's of little interest given the form Suarez Navarro is showing.

Aleksandra Krunic won a set against Keys in their last-32 clash, so with Suarez Navarro appearing capable of mounting a response should Keys forge an early lead it could pay to back the clash to last for 20 or more games at 8-13.

Osaka v Tsurenko
Naomi Osaka ended the run of determined New Haven champion Aryna Sabalenka 6-3 2-6 6-4 in the last 16 and next up for the Japanese ace is a date with much-improved Lesia Tsurenko.

The oddsmakers are taking no chances on Osaka progressing to the last four in New York but while she probably ought to oblige for favourite-backers, she is not exactly being given away.

Tsurenko did well to turn things around against a spirited Marketa Vondrousova in her latest singles outing, but even when she set sail for home in the deciding set crossing the finishing line did not come easy for the Ukrainian.

Such nervousness – this will be Tsurenko's first Grand Slam quarter-final appearance – could aid Osaka’s cause.

It looks a choice between backing the favourite to triumph in straight sets at a shade of odds-against or successfully conceding a start of 2.5 games and prefer­ence is for the second option.