Fearless Reds should put the Irons to the sword

Klopp's boys can respond with victory 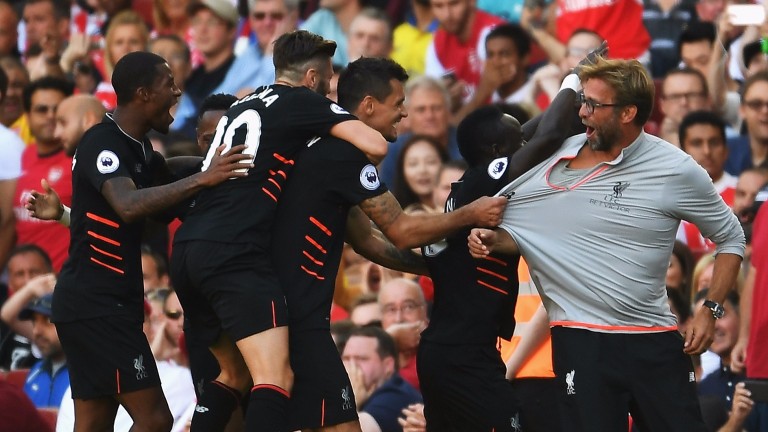 Liverpool's late defensive meltdown at Bournemouth cost them three valuable Premier League points last week and Jurgen Klopp will be looking for his team to respond straight away when they host struggling West Ham at Anfield.

Klopp’s boys looked well in control when Emre Can put them 3-1 up on the south coast but the defensive errors that have threatened to derail the Reds’ title bid crept into their game once again to help the Cherries pull off an unlikely 4-3 comeback.

Joel Matip looks set to return to the defence and that will provide a boost, but Liverpool haven’t always convinced even when he does play while defensive partner Dejan Lovren and shaky goalkeeper Loris Karius failing to inspire confidence.

The bookies still massively favour the Reds, and rightly so. For every defensive error Liverpool have committed, there have been moments of magic going forward and they quelled fears over the absence of Brazilian creative kingpin Philippe Coutinho by carving Bournemouth open on several occasions.

Compatriot Roberto Firmino has been excellent all season while Sadio Mane, Adam Lallana and Divock Origi are all capable of shouldering some of Coutinho’s workload. Goalscoring is not likely to be the problem for the exciting Anfield outfit.

West Ham’s woes continued when they were thumped by Arsenal last time out and Slaven Bilic’s team are now on a run of six without a victory. They have struggled to settle at the London Stadium and their away form has paled in comparison to the efforts of last season.

Bilic must share some of Klopp’s defensive anxiety. West Ham have shipped 14 goals in their last five matches so Hammers supporters must be dreading the prospect of facing Liverpool as they look to pull clear of the relegation zone.

The Reds’ defending has been worse on the road but West Ham possess enough of a goal threat to worry the hosts. Dimitri Payet has not played to the same level as he did last season but the Frenchman is capable of providing a moment of magic while Bilic also looks likely to call on ex-Red Andy Carroll to bolster the attack.

There is potential for Carroll to wreak havoc among the Liverpool back four and that makes the odds on offer about both teams scoring look an attractive enough bet – for all that Klopp’s boys have been steadier in defence in front of their home crowd.

Those hoping for a goalfest will scoff at the barely odds-against prices quoted about over 3.5 goals being scored in the match but the best bet could be Liverpool to win and both teams to score.

The Reds have won nine times in the Premier League this season and that wager has copped on eight occasions, so it looks a value call.

Team news
Liverpool
Daniel Sturridge is out for at least two matches with a calf injury but Jurgen Klopp will be able to call on returning centre-back Joel Matip.

West Ham
Full-back Aaron Cresswell and top goalscorer Michail Antonio are fit to return for the Hammers but Cheikhou Kouyate is out with a groin injury. Diafra Sakho will be sidelined for several weeks.