Favourites Poland and Denmark should oblige in Group E

Table-toppers can show they are Poles apart 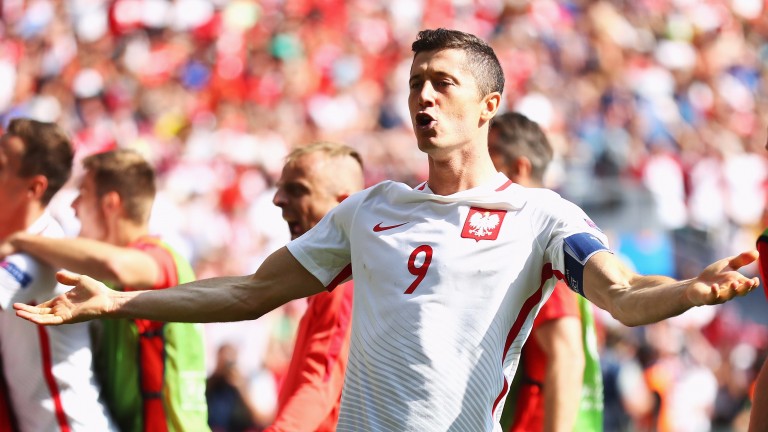 There are rarely any decent opportunities to get with favourites in European qualifying with so many mismatches producing a bunch of virtually unbackable nations but Poland and Denmark don't fall into that category for their crucial Group E encounters.

Poland are six points clear of the rest in an otherwise tight section and can strengthen their grip at the summit by beating Romania, while Denmark should continue to push for a playoff spot by winning in Kazakhstan.

Poland have already gained 13 points from a possible 15 and their only dropped points came in a 2-2 draw away to Kazakhstan in their first match, when Adam Nawalka's men were possibly still bruised from their Euro 2016 exploits.

Reaching the quarter-finals in France highlighted the talent in the Polish squad but the pain of losing to champions Portugal on penalties may have taken some getting over.

Robert Lewandowski was the only player to score against Portugal in the knockout stages but the Bayern Munich man has barely stopped hitting the net for club and country this season.

Lewandowski notched 30 Bundesliga goals for Bayern and bagged another eight for Poland in this qualifying campaign which suggests he will be too hot for Romania to handle.

Romania were turned over 3-0 in the reverse fixture - Lewandowski scored twice - and the visitors have fired blanks in each of their last four matches.

They were quite lucky to get a 0-0 home draw against Denmark in their last qualifier with the Danes dominating despite missing all of their front three of Dutch title winner Nicolai Jorgensen, Leipzig's Yussuf Poulsen and Ajax's highly-rated Kasper Dolberg.

The trio return for the trip to Kazakhstan and are set to start in a 4-3-3 formation with manager Age Hareide right to say this week that he is on the verge of something special with this progressive squad.

Playmaker Christian Eriksen had a storming season for Tottenham and the defence looks strong with the likes of Jannik Vestergaard and Andreas Christensen coming through.