Fast-finishing Arsenal can stay in hunt for top four 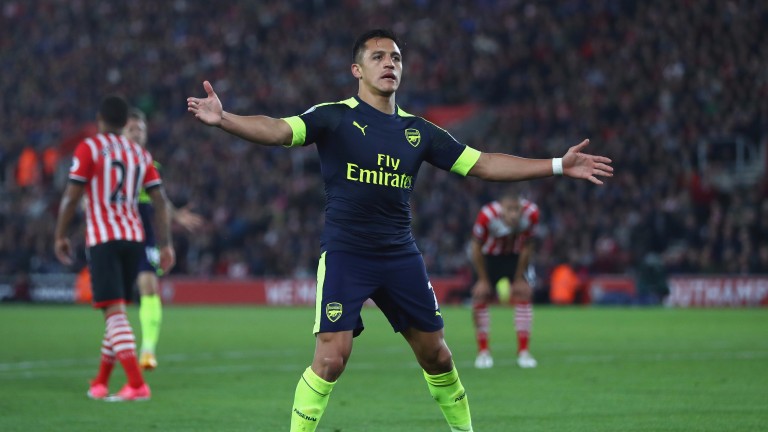 We have seen this film before.

You can liken it to the Great Escape, Mission Impossible or maybe in terms of looking to kill off Arsene Wenger's Arsenal tenure Die Hard is more appropriate, but the ending is always the same.

Time and again Arsenal get themselves into a Premier League pickle as they look to maintain a top-four spot and every time a strong finish sees them qualify for the Champions League.

In years gone past it has been Tottenham who have been caught on the line, but this time Liverpool are in Arsenal's sights and there could be further panic on Merseyside after the Gunners have been to Stoke.

Arsenal don't have a strong record at the bet365 Stadium - they are winless in six visits since they triumphed 3-1 in 2010 in a game that is still remembered for Ryan Shawcross's dismissal for breaking Aaron Ramsey's leg.

Tempers have been raised since with the locals almost seeing this as their biggest game of the season and Ramsey bizarrely targeted for abuse, while Wenger will need to bring some ear plugs too.

However, this Stoke side may not have the strength to make life as uncomfortable as usual for Arsenal, who are worth backing to win the second half.

Since their woeful 3-1 loss to West Brom against former Stoke boss Tony Pulis in mid-March, Arsenal have scored 13 goals in nine matches in normal time.

Eleven of those goals came in the second half, including all four in crucial 2-0 wins over Manchester United and Southampton in the last two outings. They have given themselves a shot at the top four with Alexis Sanchez scoring a wonderful opener at St Mary's on Wednesday.

Arsenal are coming on strong later in matches, while Stoke tend to fade. The Pulis City side was physical, perhaps overly so at times, whereas the Mark Hughes edition for 2016-17 is quite a nice team for opponents to face with more technical players such as Joe Allen, Marko Arnautovic and Xherdan Shaqiri.

Stoke were taken to the cleaners at home to Manchester City (4-1) and Tottenham (4-0) earlier in the season but since then they have given Chelsea (2-1), Liverpool (2-1) and United (1-1) difficult matches despite picking up only one point against the big six.

However, in all five of those matches they lost the second half and in general City have been abysmal against the better sides this season.

Going into this round of fixtures 13th-placed Stoke have not beaten a team sitting above them in the Premier League.

Recommendation
Arsenal to win the second half
1pt 11-10 Betway

Arsenal
Arsene Wenger says Laurent Koscielny has a "small chance" of being available, while Alex Oxlade-Chamberlain is a major doubt with a minor hamstring problem. Santi Cazorla is a long-term absentee.

Key stat
Stoke have not won on the last 15 times they were rated underdogs in the Premier League.