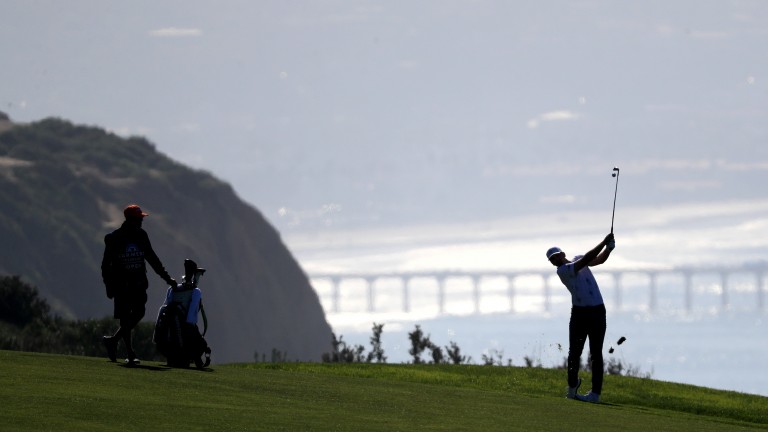 Golf tips and best bets for the second round of the Farmers Insurance Open at Torrey Pines on the PGA Tour.

Tiger Woods made a solid start to his 2020 appearance at the Farmers Insurance Open with a three-under-par 72 and it was hardly surprising given his superb course form at Torrey Pines.

The 15-time Major champion has triumphed on eight occasions at the California track, seven times in this tournament and also when he claimed the US Open in 2008, beating Rocco Mediate in an 18-hole playoff.

However, Jon Rahm has great memories of Torrey Pines himself  having won his first PGA Tour title at the venue three years ago, when he holed a monster putt for an eagle on the 72nd hole.

The Spaniard's form during the last six months has been imperious - he has finished in the top 15 in 13 of his last 14 tournaments. After an opening 68 he looks perfectly placed to challenge again from two shots behind first-round leaders Sebastian Cappelen and former US PGA champion Keegan Bradley.

Rising star Collin Morikawa completes the 6.40pm trio and he will have been encouraged by an opening 70 on the North Course but the South course they play today is set to be tougher, particularly for a player ranked 170th in driving distance.

He won the Barracuda Championship in July after two top-five efforts at the John Deere Classic and the 3M Open and has started the year in decent nick with seventh at the Tournament of Champions and 21st at the Sony Open in Hawaii, where he carded an opening 65.

However, he is among tough company with a player in such hot form and another who could almost regard Torrey Pines as his second home.