Farmers Insurance Open: day one analysis and betting tips for round two 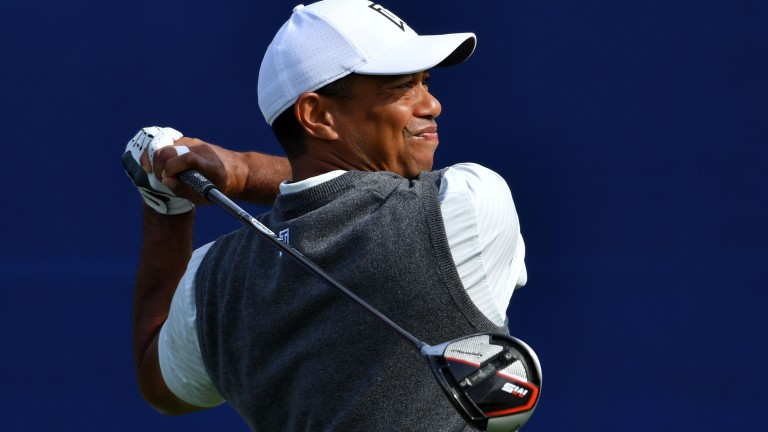 Tiger Woods made an unspectacular return at the Farmers Insurance Open
Donald Miralle
1 of 1
By Joe Champion 3:22PM, JAN 25 2019

Tiger Woods shot a two-under-par round of 70 on his first competitive outing of 2019 in the opening round of the Farmers Insurance Open.

The 43-year-old, seven times a Torrey Pines champion in his glorious career, sits in a share of 53rd place following an up-and-down round which featured five birdies and three bogeys.

Woods will have to go some to catch Jon Rahm after the Spaniard, the 2017 Farmers champion and ante-post tournament favourite, fired a sublime 62 on the North Course to claim the lead through 18 holes.

Rahm, who plays the tougher South Course today, is 5-2 across the board from 11-1 while Woods is out to 28-1 from a pre-tournament 16-1, but he does have the easier track to contend with in his second round.

Justin Rose, playing his second tournament since switching to Japanese club manufacturer Honma, shot a nine-under 63 on the North Course to sit tied second alongside American Doug Ghim. The world number one is a general 9-2 chance for a Torrey triumph.

CT Pan is two back while Jordan Spieth, who has missed the cut in his last two starts, carded a 65 and is 14-1 from 33-1 to win a PGA Tour event for the first time since the 2017 Travelers Championship.

Brandon Hagy, Chris Stroud and the in-form Charles Howell fared best of those who opened up on the South Course, each shooting 66 to lie in a tie for sixth place.

Threeball punters should be wary of placing too much emphasis on day one form as players switch courses for the second round and the two tracks have significant differences, most notably in length - Torrey South is the longest track on the PGA Tour - and on the greens - the North features bentgrass while the South is adorned with poa annua.

Harris English rated an attractive second-round betting proposition when he tees off alongside Charley Hoffman and Ollie Schniederjans at 6pm UK & Ireland time.

The American was the best player in his group yesterday, opening up with 69 on the North Course, and the South should hold no fears given English's excellent Torrey record of 2-31-14-8 in his last four starts.

Hoffman boasts a mediocre recent record at Torrey Pines and has failed to finish in the top 40 in any of the four official PGA Tour events he has started this season while Schniederjans has shown little of note for some time.

FIRST PUBLISHED 3:22PM, JAN 25 2019
Threeball punters should be wary of placing too much emphasis on day one form as players switch courses for the second round