Englishman looking in full control of his game 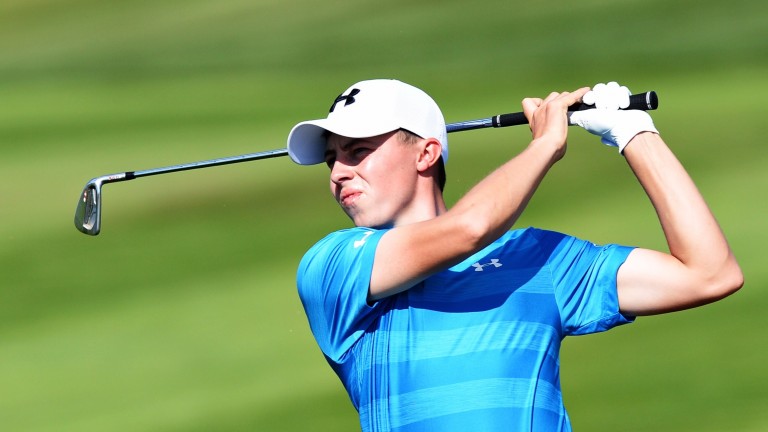 Matthew Fitzpatrick is maturing into a top-class player
Richard Martin-Roberts
1 of 1
By Steve Palmer 4:09PM, MAR 18 2017

Charley Hoffman could be backed at 125-1 ante-post for the Arnold Palmer Invitational, but the colourful Californian leads going into the weekend.

Hoffman is no bigger than 11-2 with 36 holes to play at Bay Hill, the four-time US Tour champion upstaging the household names in Florida. The 40-year-old started his second round with a bogey but was exceptional from there, carding a 66 to reach ten under par.

First-round pacesetter Emiliano Grillo made two eagles in his opening seven holes of round two, the Argentinian ending up one shot behind Hoffman. English raider Matthew Fitzpatrick is alone in third place, a further shot adrift.

Rory McIlroy started the tournament at 7-1 favourite, but the former world number one has failed to justify that status. McIlroy, driving poorly, is one over par for the event, sharing 46th position, and requiring serious weekend fireworks to contend.

Henrik Stenson suffered a triple-bogey in an 11th-hole meltdown during round two. The flustered Swede hit his ball out of the greenside water hazard, playing his final five shots on the hole barefoot, missing the cut in feeble fashion.

Fitzpatrick at 7-1 and Kevin Kisner, 9-1 and sharing fourth place, are the most appealing outright options at this stage. Fitzpatrick produced a bogey-free first round and every department of his game appears in top order. A US Tour breakthrough could be coming for the brilliant 22-year-old Englishman. Ladbrokes are offering 7-1 Fitzpatrick and excellent each-way terms of a quarter the odds the first four.

Third-round twoball punters should consider Francesco Molinari, who is likely to prove too steady for Bay Hill debutant Jeunghun Wang in the 5.25pm (UK and Ireland time) match.