Konta and Kerber can contend 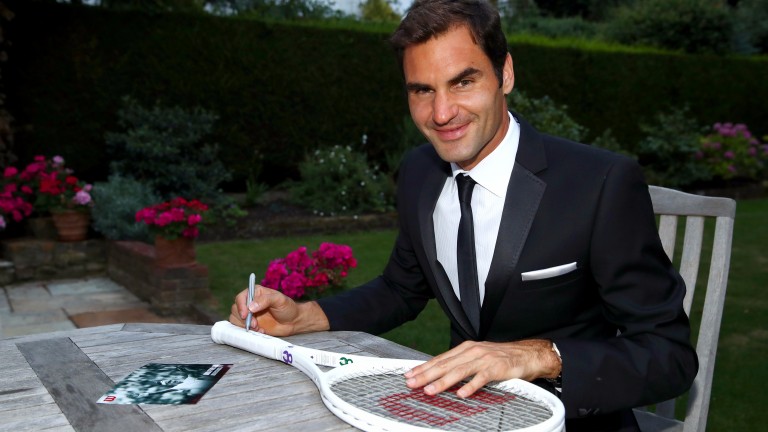 Four of the ATP World Tour's top six players will not be in Montreal to contest the Rogers Cup and that means that second seed Roger Federer is just 7-4 to land another title in his extraordinary season.

The Swiss legend, who captured a record-breaking eighth Wimbledon crown last month, has a kind draw and it's hard to see who can stop him reaching the final.

Jack Sock and Kei Nishikori are Federer's biggest challengers in the fourth quarter and, while both reached the semi-finals in Washington last week, they will have to raise their game to trouble the 19-time Grand Slam champion.

Federer is then likely to face one of Grigor Dimitrov, Tomas Berdych, Lucas Pouille or Dominic Thiem in the semi-finals, but none of them have looked in top form recently.

With Andy Murray absent, top seed Rafael Nadal needs only to reach the semi-finals to regain the number one ranking for the first time since 2014 but the top half of the draw looks tougher.

The Majorcan could face Canadian hope Milos Raonic in the quarters while Washington finalist Alexander Zverev could be waiting in the semi-finals and Nadal makes little appeal at 7-2.

Federer has lost just two matches this season, in Dubai in March and in Stuttgart in June, and both of those defeats came after a lengthy break.

A three-week rest period after the Wimbledon final should have freshened up the 35-year-old and he should still be match fit and able to produce his best tennis, as he did when winning a memorable Masters 1000 spring double in Indian Wells and Miami.

Only Serena Williams is absent from the WTA Tour's top 16 players and the women's event, held in Toronto, looks open with world number one Karolina Pliskova and defending champion Simona Halep disputing favouritism.

Halep, the second seed and in the bottom quarter, retired from her quarter-final match at the Citi Open and the Romanian looks a touch short considering she is likely to face Madison Keys in the second round.

The third quarter looks fiendishly difficult to escape with Elina Svitolina, Garbine Muguruza, Daria Kasatkina and Venus Williams among those vying for one semi-final place.

Johanna Konta is drawn in the second quarter and looks to have a comparatively straightforward run to the quarter-finals.

The Briton came close to glory at Wimbledon but she plays her best tennis on the quick North American hard courts. She would be favourite to win a likely last-16 clash with Dominika Cibulkova before potentially meeting Angelique Kerber or Petra Kvitova in the quarters.

Kerber is another to consider. She has been displaced at the top of the rankings but the US Open champion showed signs of life at Wimbledon, where she was narrowly outgunned by Muguruza in arguably the best match of the tournament.

The lack of expectation may help the counter-punching German to find her best game and she is a solid each-way price at 22-1.

Weather forecast – Montreal Dry for the early part of the week with rain forecast for the weekend. High 26C Toronto Rain on Tuesday but likely to be dry for most of the week. High 26C.