Tiredness could be an issue for Foxes 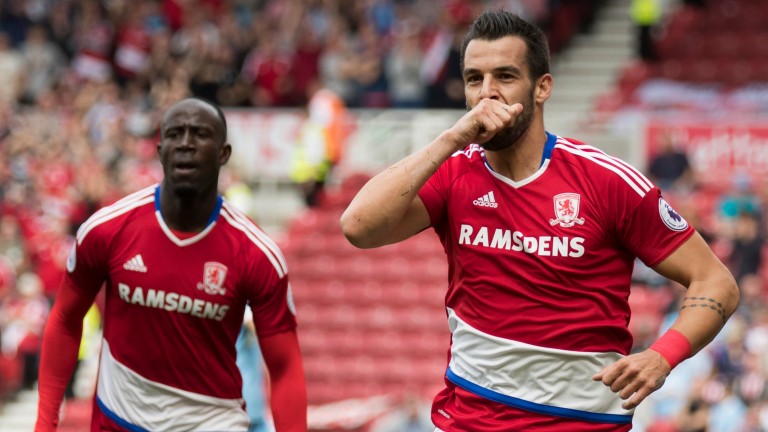 No Leicester supporter will ever forget 2016 but the surprise champions are likely to have much less to cheer this year and their start to 2017 could set the tone at the Riverside.

There is still the Champions League knockout stage to look forward to and a winnable last-16 tie against Seville but from a Premier League point of view the best Claudio Ranieri's men can realistically aim for is the safety of mid-table.

That's not certain as the Foxes lie 15th, six points above relegation trouble, and defeat to Middlesbrough would send the hosts above Leicester in the table.

And if there is to be a winner the hosts appear the slightly more likely in a match that looks set to be just as tight as the betting suggests.

The teams played out a 2-2 draw at the King Power in November when Boro led twice through Alvaro Negredo only for Leicester to peg them back via Riyad Mahrez and Islam Slimani penalties.

Slimani was Leicester's matchwinner on Saturday as he scored the only goal against West Ham as Ranieri moved away from a 4-4-2 shape to a 4-2-3-1 with Mahrez shifted from the right wing to a more central position.

Jamie Vardy's continued suspension means that formation is likely to remain in place but Ranieri understandably went with virtually all of his top players on Saturday, which means tiredness could be an issue at the Riverside.

Aitor Karanka made a number of changes to his Boro side but they nearly escaped Old Trafford with an unlikely triumph before Anthony Martial and Paul Pogba turned the game in favour of Manchester United in the last ten minutes.

Boro put on a spirited performance and are a better side than four defeats in five games would suggest. Three of those were on the road and the other came against Liverpool at the Riverside.

Home is where the heart is for Boro, who have beaten Bournemouth, Swansea and Hull to nil in three of their last five at the Riverside. There was also no disgrace in their 1-0 loss to leaders Chelsea.

Adam Clayton, Gaston Ramirez and Fabio were among those benched at Old Trafford, presumably to save them for this more winnable contest, and Antonio Barragan returns from suspension.

Other than Negredo there are not many goalscoring options available to Boro but Karanka's men have conceded only 22 times in 19 league games and one goal could be enough for victory.

Team news
Middlesbrough
Antonio Barragan is back from a ban but Viktor Fischer remains sidelined with a knee problem.

Key stat
Leicester have collected only two of their 20 league points away from the King Power Stadium.