Falcons should put up a fight against Wasps

Newcastle are hard to beat at home 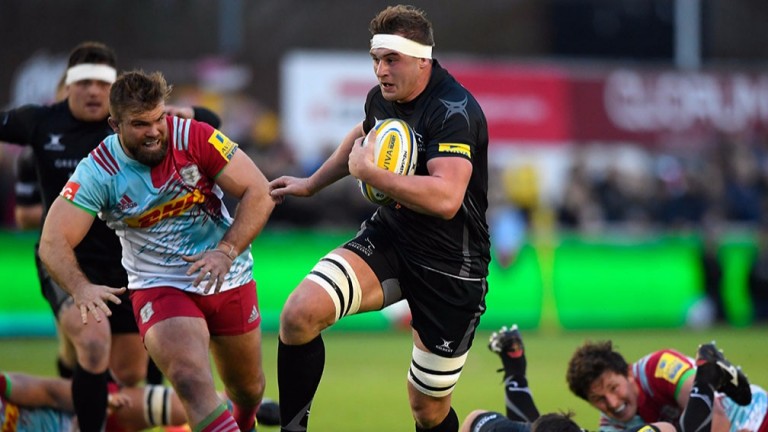 Newcastle lock Will Witty on the charge against Harlequins
Getty Images
1 of 1
By Max Oram 8:19PM, DEC 29 2016

Wasps walloped Newcastle 31-6 at the Ricoh Arena in October but the Falcons look a value bet with a start of nine points in this televised Premiership return.

Newcastle have won three of their five league games at Kingston Park this season – narrow successes over Sale and Harlequins as well as Bristol – and one of the two defeats was a 14-13 reverse to Leicester.

While they were rolled over 32-19 by Exeter in the middle of November, the Falcons’ response was to take their chances to win at Northampton and on Saturday they were unfortunate to come away from leaders Saracens without any reward after a stubborn performance. Newcastle have beaten Quins 38-32 in the league and Lyon 48-29 in Europe at home this month and a big defeat in France is par for the Challenge Cup course.

Wasps showed on Saturday in their 40-26 win over Bath the attacking prowess that has been a hallmark of the last two seasons but head coach Dai Young has admitted that they are a tired team at the moment and also conceded that their October home win over Newcastle was not reflective of the pattern of play. The fact that he only makes one change to his pack can be taken as a reflection of the need not to concede an early backward step.

Wasps won cosily at Kingston Park in March but Newcastle had won all four home league games in January and February and their previous two league visits were a 23-23 draw and a 17-12 Wasps victory.

In the Top 14 (Sky Sports 2, 7.45pm), sixth-placed Bordeaux get as much as a five-point start from third-bottom hosts Lyon.

Buy the try minutes of Newcastle’s front five at 11 with Sporting Index in their televised Premiership with Wasps at Kingston Park.

Hooker Scott Lawson and lock Will Witty have scored five-pointers this season for the Falcons this season and ten of the 27 tries that Wasps have conceded in the league this campaign have been to opposition players in the front two rows of the scrum.

Last season when Wasps won 34-20 at Kingston Park, Falcons hooker George McGuigan and prop Taione Vea scored tries and lock Josh Furno was among the Newcastle tryscorers when the sides drew 23-23 at the venue the season before.

McGuigan crossed the Wasps whitewash when the sides had a ding-dong battle in May 2014 and, earlier that season, one of Newcastle’s two tries in a 17-12 defeat at Kingston Park was claimed by a back-rower after phases of forward drives.