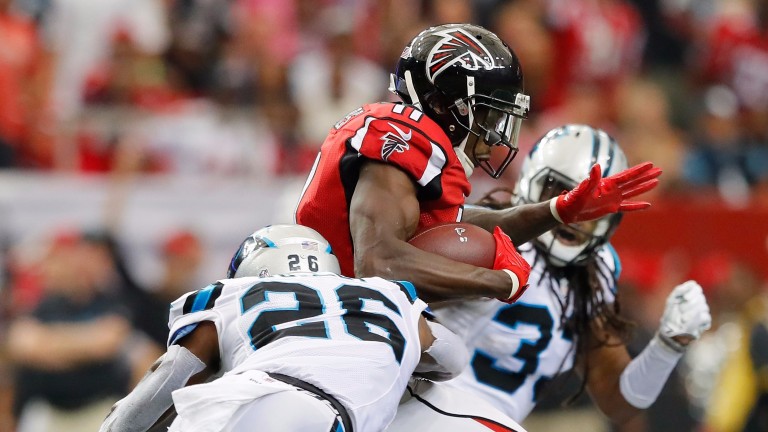 Hopes are high that Atlanta are in for an exciting season and they can take a leap towards the NFC South title by claiming victory in Philadelphia.

Falcons fans might have feared a repeat of last season – they won their first five matches before finishing 8-8 – when they lost to Seattle and San Diego following five victories.

But they secured a last-gasp win over Green Bay and the league’s most proficient offence look to have steadied the ship.

The Eagles could struggle to keep up with a team who have averaged a whopping 33.9 points per game in nine outings this season.

Philadelphia won their first three matches, including a comfortable success over much-fancied Pittsburgh and it seemed rookie quarterback Carson Wentz was settling in nicely.

However, they – and Wentz – have struggled in the last few weeks.
Successive divisional defeats to Dallas and the New York Giants mean they have plenty of room to make up in the NFC East, which is looking like one of the most competitive sections in the game.

Expect running back Darren Sproles to have an increasing influence for the Eagles, but it must be a concern that they have conceded at least 23 points in four of their last five games. – their other defeats came against Detroit and Washington.

But the Falcons have the ability through the air and on the ground to outscore their opponents again.