Atlanta value to upset Philly in first game of season 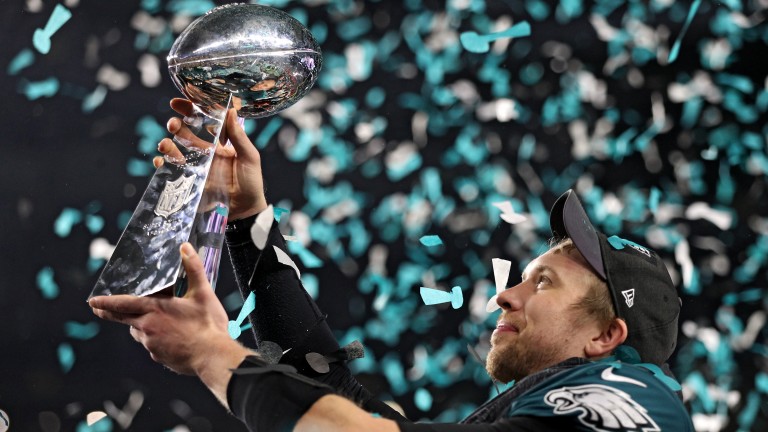 QB Nick Foles has not looked as good as he did in the Super Bowl in Philadelphia's pre-season games
Patrick Smith/Getty
1 of 1
By Ian Wilkerson 8:00PM, SEP 5 2018

Philadelphia flourished as underdogs in last season's playoffs but after their Super Bowl success they are a team to be shot at and their first outing against Atlanta looks a tough one.

The Eagles were excellent at Lincoln Financial Field last season - the only game they lost at home was a Week 17 dead rubber against Dallas - but the Falcons will have revenge in their nostrils after their 15-10 defeat in January's divisional playoffs.

Philadelphia look to be the strongest team in the NFC East this season but that doesn't mean they are infallible and they could find Atlanta, who conversely play in probably the toughest division, too hot to handle.

Atlanta have an excellent offence and it might just be that the Eagles struggle to keep up with the pace.

Doug Pederson's side are still waiting for quarterback Carson Wentz to recover from the knee injury that curtailed his campaign last season and while Nick Foles was inspirational in guiding them to their first Vince Lombardi Trophy, the former Ram struggled in a recent pre-season outing against Cleveland.

Foles threw two interceptions and was sacked three times, once for a safety, in that 5-0 defeat and while it is always unwise to read too much into bad dress rehearsals, that performance hardly inspires confidence.

Top receiver Alshon Jeffery will also be absent and that could tip the balance in favour of the visitors in a clash between two evenly-matched outfits.

The Atlanta offence will be keen to hit the heights they scaled two years ago when they were the highest-scoring team in the league and they have added exciting first-round pick Calvin Ridley to an excellent group of receivers.

The two-pronged rushing attack of Devonta Freeman and Tevin Coleman should test a team who had the best run defence in the league last season.

It may not be plain sailing for the champions and the soaring Eagles could come down to earth with a bump.

Team news
Atlanta
The Falcons should have a full complement of starters.

Philadelphia
Nick Foles will start at quarterback as Carson Wentz continues to recover from his knee injury. Wide receiver Alshon Jeffery is out with a shoulder problem and defensive end Michael Bennett is rated questionable with a knee injury.

Key stat
The points total has gone under in ten of the teams' last 13 meetings.