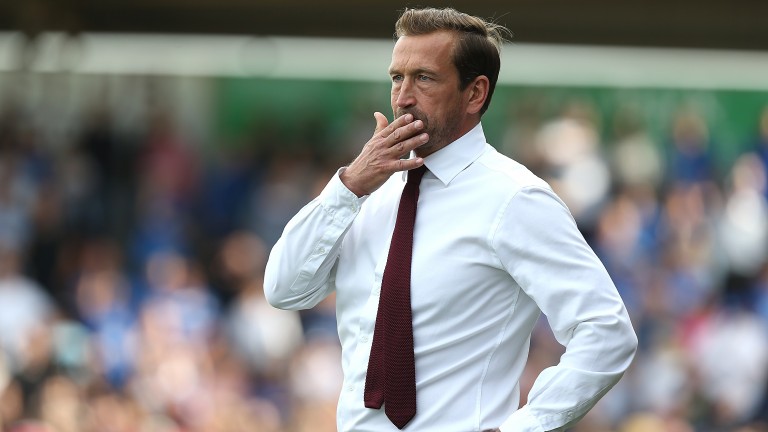 Justin Edinburgh's Orient side could be set for cup disappointment
Pete Norton
1 of 1
By Liam Flin 8:00PM, JAN 11 2019

The FA Trophy second round takes centre stage for the top non-league teams this weekend.

With eight wins from their 29 league fixtures this term, Dover risk being drawn into the National League relegation battle but the in-form Kent club can claim the scalp of Harrogate.

The Whites have started the new year with three successive 1-0 wins, including a victory away to highflying Wrexham.

Dover also shut out Leyton Orient in their final game of 2018 and they can frustrate a Harrogate outfit who are without a win in five matches and will likely want to focus their attention on securing a top-seven berth in the league.

Wrexham made the final of this competition in 2015 and they look a value bet to progress at the expense of National League leaders Leyton Orient.

Neither side have started 2019 strongly, with Orient missing the chance to extend their advantage when losing 3-0 to Salford, while Wrexham have failed to score in each of their last three games.

But the Welsh side have brought in striker Cole Stockton on loan from Tranmere, while Jason Oswell and Bobby Grant have made permanent moves to the club to sharpen their attacking threat.

They can rediscover their form on home soil, where they have won ten of their 15 league games and conceded just eight times this season.

FIRST PUBLISHED 8:00PM, JAN 11 2019
The Whites have started the new year with three successive 1-0 wins, including victory away to highflyers Wrexham