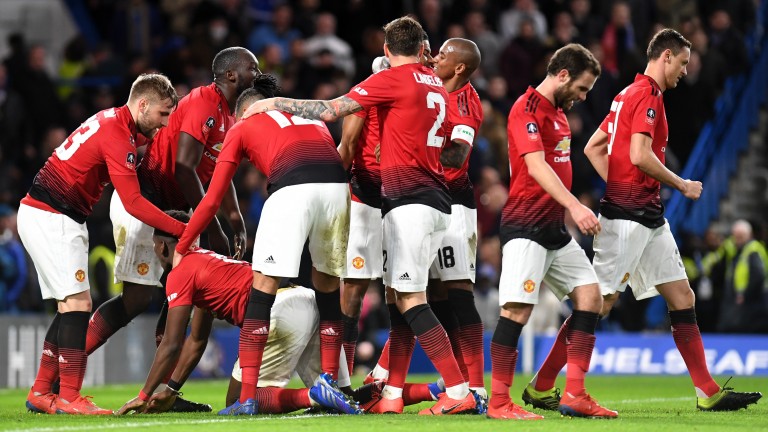 Manchester United are 7-2 with Betfred to win the FA Cup after being drawn away to Wolves in the quarter-finals.

United, who reached the last eight by beating holders Chelsea 2-0, face another difficult away game in their quest to lift the trophy under Ole Gunnar Solskjaer.

However, having seen off Arsenal and Chelsea in previous rounds, United are clearly in good form and the damage at Stamford Bridge was done in the first half, thanks largely to the excellence of man-of-the-match Paul Pogba.

The Frenchman's expert cross was headed home by Ander Herrera before Pogba doubled United's advantage, getting his head on a Marcus Rashford centre.

Chelsea keeper Kepa Arrizabalaga should have done better with Pogba's effort and the defeat increased the pressure on under-fire Blues boss Maurizio Sarri.

The Italian is the odds-on favourite at 4-9 from 4-5 with Betway to be the next Premier League manager to leave his current position. Zinedine Zidane is Betway's 6-4 market leader to replace Sarri, who is yet to win a major trophy in his career.

Pep Guardiola has tasted success in most competitions, although he is still waiting for a first FA Cup and the draw, which sees Manchester City head to Sky Bet Championship outfit Swansea, has been kind to the favourites.

City, who remain on course for a quadruple, are 5-6 to win the FA Cup. Watford host Crystal Palace and Brighton head to Millwall.