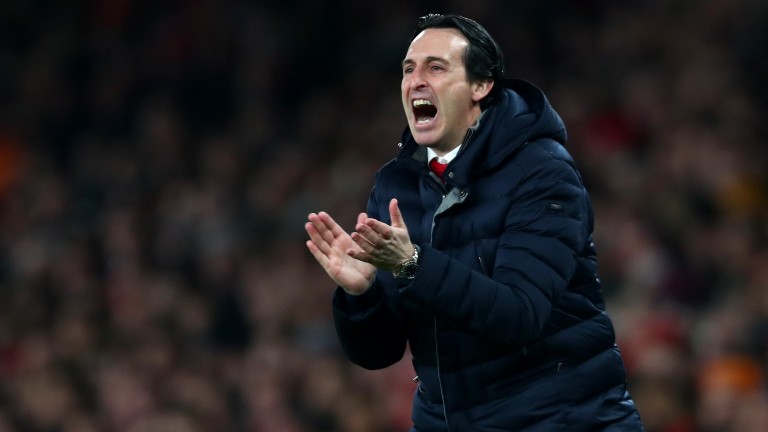 Manchester United supporters are in seventh heaven after winning each of their seven fixtures under cult hero Ole Gunnar Solskjaer, who started his interim spell seen by most as a nothing more than a short-term caretaker, but now finds himself odds-on with Betfair to start next season in charge at Old Trafford.

Most of their opponents - Cardiff (away), Huddersfield (home), Bournemouth (home), Newcastle (away), Reading (home), Tottenham (away) and Brighton (home) - can be filed in the soft category but the Wembley win over Spurs propelled Solskjaer to the top of the betting, even though it needed a man-of-the-match performance from goalkeeper David de Gea to save 11 shots to secure maximum points.

Arsenal's last ten matches reads W-L-L-W-D-L-W-W-L-W as they once again struggle for consistency, but the Gunners tend to save their best work for the Emirates, a point proved by last week's fully deserved 2-0 triumph over Chelsea.

Spurs, in the Carabao Cup, and Manchester City, on opening weekend, are the only teams to win away to Arsenal this term.

Unai Emery has shown tactical flexibility throughout his short Gunners career and the decision to go with a midfield diamond against Chelsea turned out perfectly.

It's a system which appears to suit Arsenal, allowing them to use Alexandre Lacazette and Pierre-Emerick Aubameyang as central forwards, but it also plays to Aaron Ramsey's strengths.

They don't have any wingers, so a narrow formation would appear to make sense, although Emery must be careful as United exploited Tottenham's diamond two weeks ago with the clever use of Marcus Rashford and Anthony Martial in wide attacking positions.

It was not until Spurs switched to a 4-2-3-1 that they were able to gain control, by which time Rashford had scored what turned out to be the winner.

Hector Bellerin has become the third Arsenal player to be ruled out for the season, joining Rob Holding and Danny Welbeck on the sidelines, but Henrikh Mkhitaryan is closing in on a return.

Alexis Sanchez is available to face his former club and Luke Shaw also returns but Marcos Rojo, Chris Smalling and Marouane Fellaini are ruled out.

This fascinating FA Cup tie is unquestionably the game of the round, but it's a difficult fixture to call and the betting is understandably tight. However, Arsenal are strong at home, where they have beaten Chelsea and Spurs and drawn with Liverpool, and they could represent draw-no-bet value. 2-1 home win.

Arsenal have lost just two of their last 26 games at the Emirates.

Only two of Pierre-Emerick Aubameyang's 16 goals this season have come against their big-six rivals. He has featured in 12 such fixtures since arriving from Borussia Dortmund and scored in just one of them - a double against Spurs in December.

United, despite a reputation for dull football under previous boss Jose Mourinho, have scored in every away match this season.

Rashford has notched in seven of his last ten appearances and five of his six starts under Solskjaer.