Classy City likely to once again prove too strong for Gunners 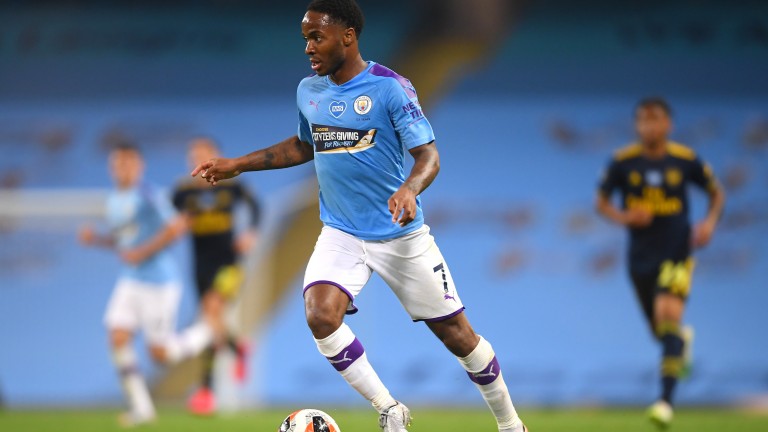 It tends to be all or nothing for Manchester City, who have drawn just one match since the start of December and won seven of nine after the Premier League returned from lockdown.

Six of those nine victories included clean sheets and the first of those came in a 3-0 win over Arsenal at the Etihad on a night David Luiz will want to forget having gifted City the first goal before being sent off in an incident which led to the hosts doubling their advantage from the penalty spot.

Some assumed Luiz had played his last match for Arsenal at that point and Mikel Arteta may have thought he was in trouble too following a 2-1 reverse at Brighton just three days later.

However, the Gunners and Luiz have recovered well and their subsequent seven matches include wins at Southampton and Wolves and a home success against Liverpool on Wednesday.

That was a fortunate three-point haul, although Arsenal will believe they deserved that luck following a 2-1 loss at Tottenham on Sunday when they enjoyed 63 per cent possession.

Eddie Nketiah remains suspended for Arsenal, who are still without Calum Chambers, Bernd Leno, Gabriel Martinelli and Pablo Mari. Mesut Ozil and Matteo Guendouzi have been dropped from the squad and there have been no signs of a reconciliation.

From a City point of view it will be interesting to see who partners Aymeric Laporte at the heart of defence. Pep Guardiola has been gushing in his praise of Eric Garcia, who was given the nod alongside the Frenchman for the last league meeting with Arsenal.

Explaining the decision, Guardiola said: "It was not easy to play against Aubameyang. In this game, we knew we were playing dynamic players. He understands the position and the movement."

Arsenal have since switched to a 3-4-3 formation and Spurs manager Jose Mourinho pinpointed nullifying the wing-backs - Hector Bellerin and Kieran Tierney - as key to last week's derby success.

The last seven meetings between Arsenal and Manchester City have always resulted in the same pattern - domination for Guardiola's team.

They have won all seven by at least two goals and were ahead at the break in all of them which points to City minus one goal on the handicap and City-City on the double result. City to win 3-1.