Bertrand Traore can get Villa back to winning ways 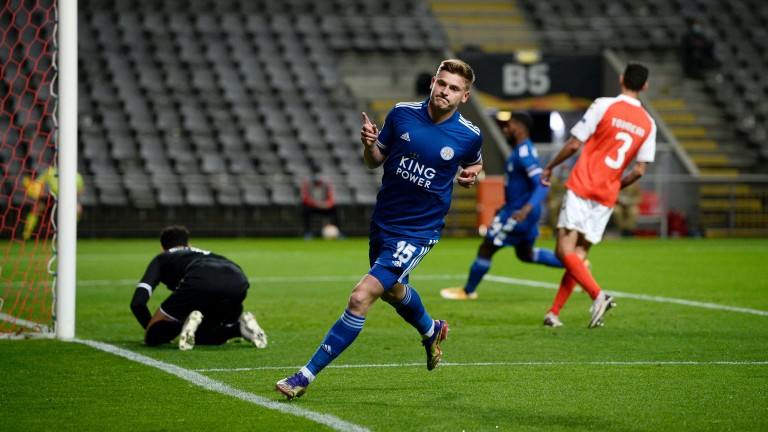 Harvey Barnes was on the scoresheet for Leicester against Braga
Octavio Passos
1 of 1
By Alex Wrigley 5:35PM, JAN 21 2021

Aston Villa are winless in four but Saturday marks the perfect opportunity for the Villains to rediscover their form against struggling Newcastle.

The Magpies have conceded first in six of their nine away games this season and Bertrand Traore, who has scored three goals in his last five appearances, could be the man to get Villa back on track.

Brendan Rodgers is expected to rest some key players for this trip but 23-year-old Harvey Barnes should still make the cut at Brentford.

The left-sided attacker has scored ten goals in all competitions this season and he has notched five of those in his last seven appearances for the Foxes.

Bobby Decordova-Reid will be well rested after missing out through suspension in midweek and he could make the difference for an improving Fulham side as they host Burnley.

The 27-year-old is Fulham's top scorer with six goals and netted an extra-time winner at QPR in the FA Cup third round.

Manchester United fell behind again at Fulham and away-day specialist Mohamed Salah could take advantage of their potential slow start.

The Egyptian hasn't been in great form recently but has still scored five goals in his last six competitive away games and ten of his 17 goals have come on the road.