FA Cup and EFL tips and predictions for Tuesday's matches 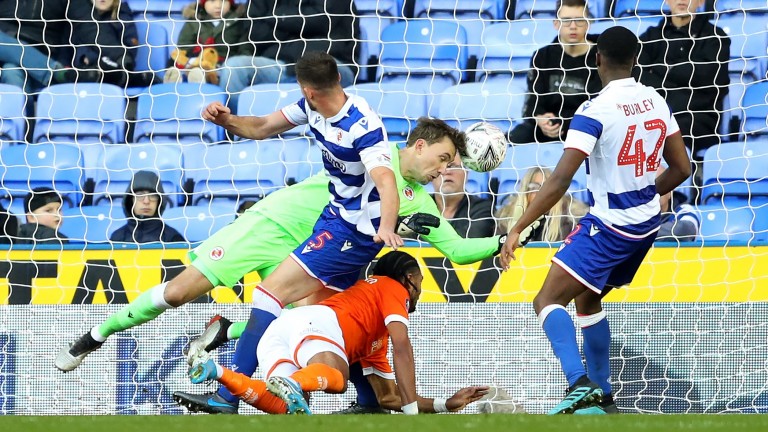 Stevenage
2pts 7-5 Coral, Ladbrokes
Back this tip with Coral here

Blackpool were a successful spot-kick away from winning at Reading in the FA Cup third round but the Sky Bet League One side have a good chance of winning the replay at Bloomfield Road.

Armand Gnanduillet was the man who fluffed his lines from 12 yards – attempting a chipped Panenka-style spot kick and watching it come back off the crossbar.

The score was 2-2 at the time and remained that way which was a slight disappointment for Blackpool, who failed to take advantage of playing against Reading's second string.

Reading manager Mark Bowen made 11 changes for the contest at the Madejski Stadium and may do likewise for the replay because his main focus is on the Championship.

The Royals are unbeaten in seven league games and still feel they can get involved in the promotion race.

Key players are likely to be held back for Saturday's trip to seventh-placed Millwall and the reserves may struggle to cope with Blackpool, who should be an even tougher proposition on home soil.

The Sky Blues twice came from behind to draw 2-2 in the original encounter the Memorial Stadium but may still have been disappointed, having won the shot count 16-8.

There were pre-season concerns about how they would adapt to playing home games at St Andrew's but those have proved unfounded with Coventry losing just one of 17 "home" fixtures.

They are fourth in the third tier, five points ahead of Rovers, who have gone seven matches since their last victory.

Rovers have struggled since appointing new manager Ben Garner last month and are unlikely to turn their fortunes around in such a tough fixture.

League One is extremely tight and 16th-placed Lincoln have the possibility of climbing to within four points of the playoffs if they beat basement boys Bolton at Sincil Bank.

The Imps have won seven of their ten home league games, including victories over strong yardsticks Fleetwood (2-0), Sunderland (2-0), Ipswich (5-3) and Peterborough (2-1).

They should be far too strong for the Trotters, who lost 2-0 at Rochdale on Saturday, leaving them 17 points adrift of safety.

Westley's side have conceded just one goal in their last three games and their improved defending could give them the edge over Oldham, who are missing suspended centre-back David Wheater.