Toyota in a class of their own in famous race 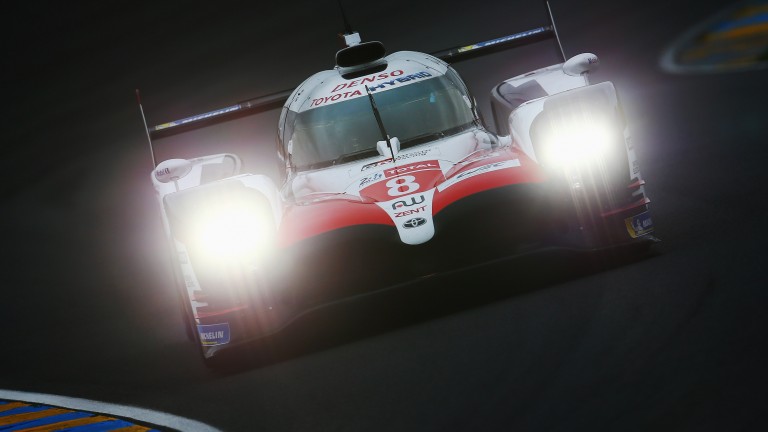 F1 star Fernando Alonso will start his first attempt at the famous 24 Hours of Le Mans race from pole.

The double world champion is keen to cement his motorsport legacy by winning the sport's triple crown of the Monaco Grand Prix, Le Mans and Indy 500. The Spaniard raced at the American oval-circuit showpiece for the first time last year, and a return to IndyCar in 2019 has been rumoured.

This week, though, the McLaren F1 driver is at the wheel of the No 8 hybrid Toyota, which was qualified fastest by his temporary teammate Kazuki Nakajima, who raced in F1 for Williams.

The two Toyotas are literally in a class of their own with no other hybrid LMP entries this year and the Alonso-Nakajima-Sebastien Buemi trio are 8-13 favourites with bet365 and Sky Bet. Their teammates in the No 7 car - Briton Mike Conway, Kamui Kobayashi and Jose Maria Lopez - are 6-4 with bet365.

The Alonso entry should be a hot favourite - they qualified two seconds faster than their teammates and four seconds faster than anyone else - but the gruelling nature of the event makes it one to watch rather than bet on. Only one of the three Toyotas was a classified finisher last year, and even that one was nine laps down and behind six lower-class LMP2 cars.

Jenson Button provides more interest for F1 fans in the No 11 SMP Racing car that is a 40-1 chance with bet365.

F1 drivers have made their mark in the race in recent years with current Renault pilot Nico Hulkenberg winning in 2015 and Toro Rosso's Brendon Hartley successful last season.

FIRST PUBLISHED 8:00PM, JUN 15 2018
The double world champion is keen to cement his motorsport legacy by winning the sport's triple crown of the Monaco Grand Prix, Le Mans and Indy 500