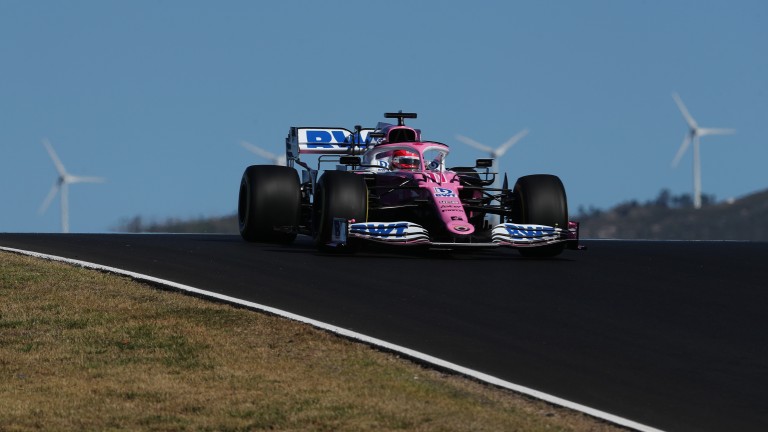 The familiar look at the front of the grid for Sunday afternoon's Portuguese Grand Prix belies the pulsating qualifying session that produced it.

Runaway championship leader Lewis Hamilton snatched his ninth pole position of the season, but he did so at the very end of a session that his Mercedes teammate Valtteri Bottas had controlled up to that point.

To add to the intrigue, Hamilton's pole time was achieved on medium tyres that had already completed three laps when brand new softs are always the first choice in qualifying.

As had been the case at the Nurburgring two weeks ago Max Verstappen threatened to end Mercedes' unbeaten run of pole positions in 2020, but again the Red Bull driver fell just short.

Verstappen was unable to lay down a challenge in the race in Germany and that could well be the case again. The young Dutchman will start on soft tyres though, which could allow him to get a better start than the medium-shod Mercs ahead.

Charles Leclerc starts an eye-catching fourth on medium tyres. But the Monegasque's superb qualifying efforts recently have flattered the cumbersome Ferrari and he seems likely to go backwards in the race.

Sergio Perez was one of a number of drivers who felt unlucky not to finish on the podium in Germany after a late safety car changed the complexion of the race.

The Mexican is known as a master of tyre management and that could come in handy at a circuit where the rubber has not behaved as expected.

The Racing Point veteran has finished fourth at each of the last two races and could be worth a bet to go one better.