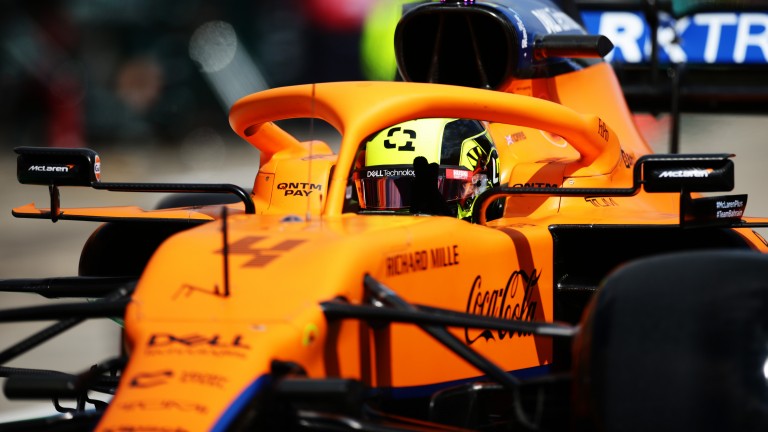 Lando Norris starred in qualifying but had his fastest lap time deleted
Peter Fox
1 of 1
By Adam Scriven 5:30PM, APR 17 2021

It's not often Lewis Hamilton is available to back at even money after taking pole position for a grand prix, but the seven-time world champion could double his backers’ stakes by winning at Imola on Sunday.

Hamilton, who won the season-opener in Bahrain three weeks ago, snatched his 99th career pole position in a frantic qualifying session for the Emilia Romagna Grand Prix.

Perez will start on soft tyres, rather than the mediums used by Hamilton and Verstappen, and while that will restrict the Mexican’s strategic options during the race it should give him a boost off the startline.

McLaren’s Lando Norris set the third-fastest qualifying time, but had that lap cancelled for going off the track.

The young Briton has looked superb all weekend, though, and looks a decent bet to end the race in the top six. Norris was a brilliant fourth in Bahrain last time.

George Russell kept up his 100 per cent record of outqualifying his Williams teammates and will line up 12th.

Russell missed out on a maiden points finish at Imola last year after crashing out of tenth place behind the safety car.

With Nicolas Latifi starting 14th in the second car, Williams are enjoying their strongest weekend for some time and Russell is attractively priced to earn the team's first points since July 2019.

FIRST PUBLISHED 5:30PM, APR 17 2021
McLaren’s Lando Norris set the third-fastest qualifying time, but had that lap cancelled for going off the track