Bottas overpriced for fourth pole position of the season 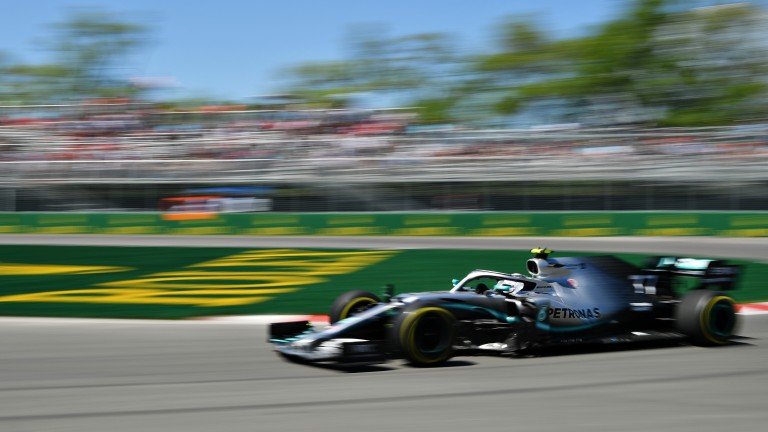 Lewis Hamilton is odds-on to take his third pole position of the year in Saturday's Canadian Grand Prix qualifying, but that looks an overly-cautious move from bookmakers.

The championship leader topped the first practice session in Montreal but missed much of the second session after swiping a wall and damaging his car.

If there's anyone who can overcome such a setback then it is the five-times world champion, but in a season in which Hamilton has been pushed hard by his Mercedes teammate Valtteri Bottas, the Finn might be considered a more worthy favourite for pole in such circumstances.

Bottas was 0.147 slower than Hamilton in morning practice after experiencing engine issues late in the session and he has recorded three poles this season.

After a suspiciously anonymous first practice, Ferrari showed their speed in the afternoon, as Charles Leclerc headed the session with a lap 0.6 seconds faster than Hamilton's morning time and 1.6 seconds quicker than Leclerc's own P1 best.

Leclerc's Ferrari teammate Sebastian Vettel was second, a whisker behind with Bottas third, just 0.134 seconds off the top.

Leclerc, who took pole at a similar circuit in Bahrain and seemed certain to go close in Azerbaijan before crashing, is very tempting at 5-1 to go fastest in qualifying.

But Mercedes always seem to have something up their sleeve and the much-improved Bottas is perhaps a better bet at the prices.