Lando Norris a danger to the top six at Silverstone 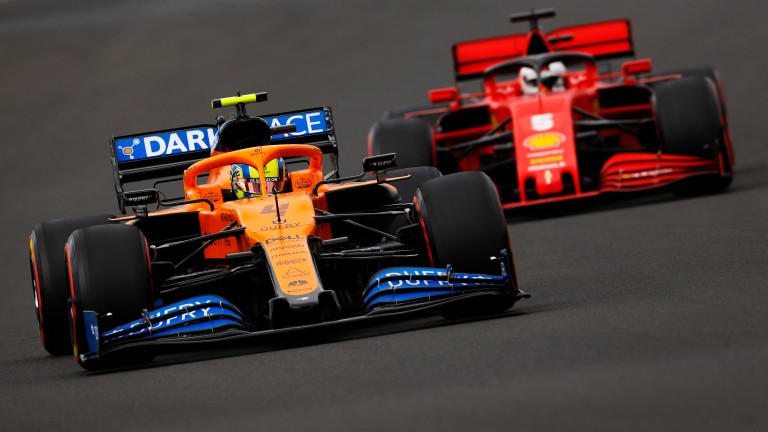 Lewis Hamilton arrives at Silverstone with a five-point lead over his Mercedes teammate Valtteri Bottas at the top of the championship standings.

Hamilton is looking for his third win in a row after victories in the Styrian and Hungarian Grands Prix, and the Briton is a warm order for a sixth success in seven years in his home event.

Scorching temperatures on the first day of running are expected to give way to cooler weather as cloud moves in over the weekend. That means data collected in the first two practice sessions may not be of much use to the teams. That could hurt those outfits eager to test new parts after a rare two-week break between races in the 2020 calendar.

McLaren are one of the teams hoping to have improved their car after a solid start to the season.

Lando Norris scored his maiden podium finish in the season-opener but that effort left the slightly-built Brit with chest injuries that hampered him for the next two races.

That didn't stop him finishing fifth in the Styrian Grand Prix and after a welcome two weeks' rest Norris should be in top form. It could be worth taking the early odds-against that he ends Sunday's race in the top six.

Red Bull have not made the kind of start to the season they were hoping for after a promising winter, but Max Verstappen sits third in the standings and looks the only driver capable of spoiling Mercedes' celebrations.