Sebastian Vettel to set the early pace in Brazil for Ferrari 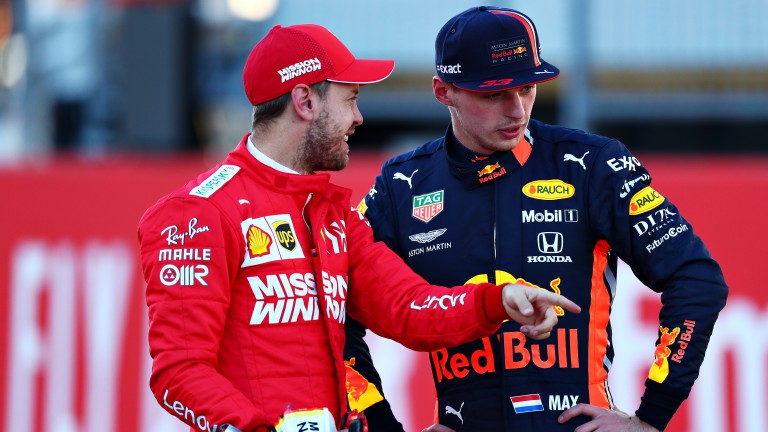 Lewis Hamilton arrives for the penultimate race of the season, the Brazilian Grand Prix, as the recently-crowned six-time world champion.

But after the closest qualifying session in recent history in Austin last time he faces stiff competition to add to his ten wins this season.

Max Verstappen should have won in Brazil last year but collided with back-marker Esteban Ocon.

The young Dutchman is favourite to go fastest in the opening practice session, having topped practice one in Texas last time out, when he missed out on pole position by the narrowest of margins.

Four different drivers have gone fastest in first practice at the last four events, and that run could be extended with Sebastian Vettel looking value.

The Ferraris have been struggling for race pace recently, but over a single lap they are arguably the class of the field with six poles in the last seven races.

Vettel failed by 0.012 seconds to keep up the trend in Austin, but the red cars could be hard to catch on the long flat-out blast that ends and starts each lap of Interlagos.

Charles Leclerc, the other Ferrari driver, faces a ten-place grid drop for an unscheduled engine change. The Monegasque can be expected to concentrate on solving Ferrari's long-run pace issues.