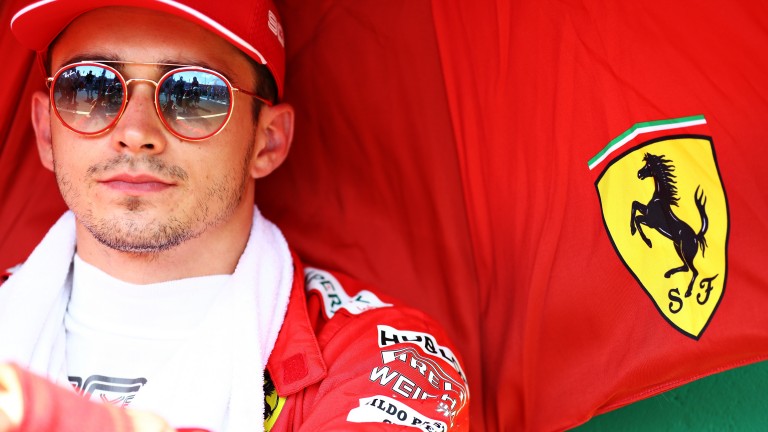 Charles Leclerc is still looking for his first victory for Ferrari
Mark Thompson
1 of 1
By Adam Scriven 2:28PM, AUG 29 2019

Formula One returns from its summer break for the Belgian Grand Prix at Spa Francorchamps this weekend with Lewis Hamilton leading the championship by 62 points after his win in Hungary and he is favourite to return with another victory.

The biggest news to break since the last track action is that Pierre Gasly has been dropped by Red Bull and will swap seats with Toro Rosso racer Alexander Albon.

However, the Anglo-Thai driver will start Sunday's race from the back, alongside his former teammate Daniil Kvyat, as both will be using upgraded Honda engines.

Red Bull star Max Verstappen went into the break as arguably the man in form, but bookmakers seem to think his old-spec Honda won't provide enough power around Spa, and make the Dutchman an 8-1 shot to win.

Ferrari are considered to lead the way in terms of raw power. That was telling at this circuit last year, when Sebastian Vettel eased past Hamilton on the first lap and went on to record what is still his most recent victory.

The German has largely struggled since then but he'll be feeling better about himself after a superb drive to second place in Germany and overtaking his teammate Charles Leclerc in the closing stages in Hungary to claim a podium.

Leclerc has proved hard to match when he hooks things up, though, and the Monegasque looks the man to back to top the opening practice session.

Mercedes are hard to write off, though, and Valtteri Bottas may show stronger form now he has secured a contract extension.