World champion Lewis Hamilton can finish the season with a flourish 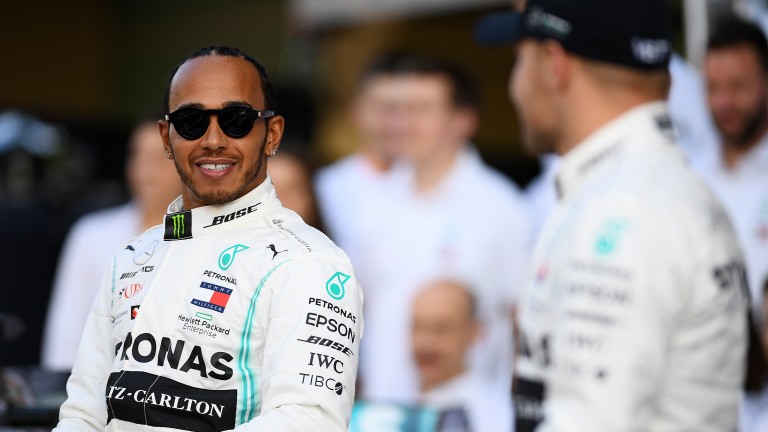 The traditional season-closing Abu Dhabi Grand Prix has been a happy hunting ground for Mercedes.

In each of the last five seasons a silver car has started from pole position and won the race. However Valtteri Bottas will be hard pushed to repeat his 2017 win for the team. The Finn will start from back following his engine failure in Brazil last time.

The season finale can be a smash hit

On raw pace there hasn't been much to choose between Mercedes, Ferrari and Red Bull as the season draws to a close. After his impressive victory in Brazil, Max Verstappen is favourite to pick up where he left off by going fastest in first practice at Yas Marina.

The Red Bulls were first and second in the corresponding session last year, and the Honda-powered cars have tended to go well on Fridays before Mercedes and Ferrari crank up the juice from their engines.

However, Verstappen is short enough in the betting. While his teammate Alexander Albon is interesting at 12-1 to top the first session, as he did in Brazil, a small bet on world champion Lewis Hamilton is preferred.

Bottas's situation means there is little point the Finn doing much low-fuel work, so Hamilton may end up doing a little more running than usual focused on qualifying.