Extra rest could give St Helens and Huddersfield an edge 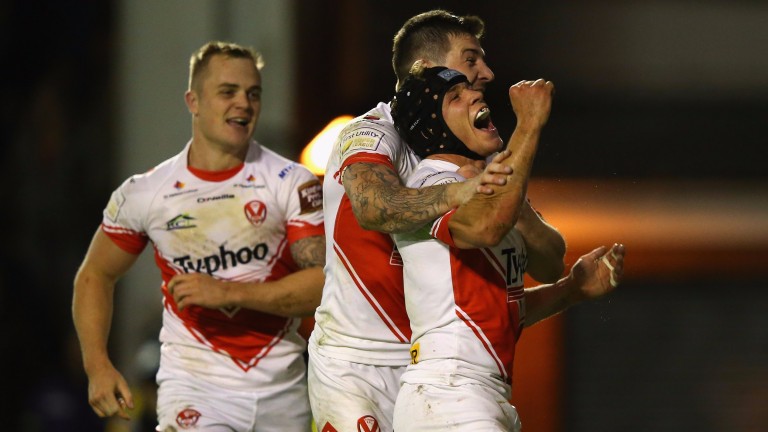 While the majority of the Betfred Super League were playing their second game in the space of four days on Monday, Huddersfield and St Helens were given the luxury of a day off.

Huddersfield Town’s involvement in the Sky Bet Championship playoff football final saw the Giants clash with Saints postponed which could give them an advantage as they prepare for Sunday's round of fixtures.

Saints travel to leaders Castleford whose coach Daryl Powell has already said that he will rest key players Luke Gale, Zak Hardaker, Mike McMeeken, Grant Millington and Michael Shenton after the arduous bank-holiday schedule. If selected four of the Tigers squad will be making their first-team debut.

New St Helens coach Justin Holbrook has won both games since replacing Keiron Cunningham at the helm and bookmakers expect them to make that three in West Yorkshire with Saints chalked up as 4-7 favourites despite lying 11 points adrift of Cas on the league ladder.

At full-strength it would be difficult to back against Cas on current form but the absence of their key personnel, and three games in nine days, could take its toll. Back the visitors to make light of the four-point handicap they are charged with overcoming.

Huddersfield, meanwhile, take on a injury-stricken Warrington side without a win in three games.

The Wolves have shipped 78 points in their last two games and could struggle to keep in touch with just a two-point buffer on the handicap at the Giants.

Huddersfield have responded well to a shock cup defeat by Swinton last month and are bolstered by the arrival of new signing Jordan Turner, who is set to make his Giants bow.

Elsewhere, second-placed Salford are 12-point favourites for their clash with surprise package Wakefield while basement boys Widnes are 4-5 to beat Catalans.