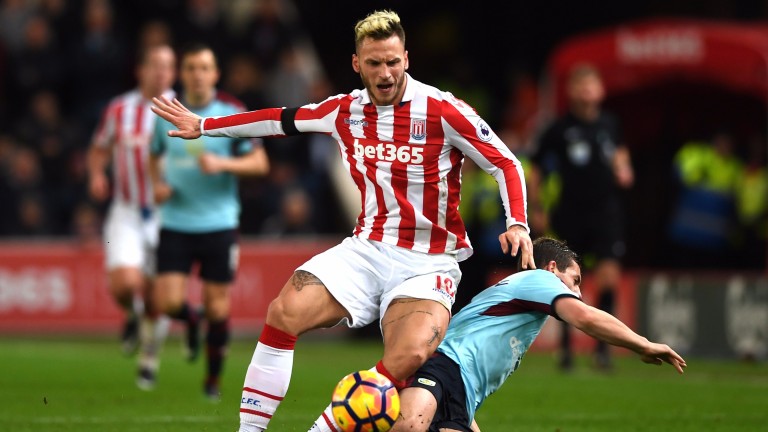 Sam Allardyce gambled by naming a full-strength Palace side for Sunday’s 2-0 loss at Arsenal and the lack of rotation may hamper the Eagles’ chances of beating Swansea.

Since the start of October Palace have taken five points from 12 Premier League games – three fewer than Swansea, who have mustered eight over the same period.

The Swans are poor but they have had an extra day to prepare and they beat ­Palace 5-4 in late November.

Stoke have lost 4-1 at Liverpool and 4-2 at Chelsea in their last two games but they can claim a comfortable win over Watford.

The Potters played well enough at Stamford Bridge and are boosted by the return of Marko Arnautovic and their chances are enhanced by the Hornets’ horrendous injury list.

Watford were dreadful in the 4-1 loss to Spurs and are unlikely to make significant improvements until some of the injured players ­return.

Team news
Stoke Phil Bardsley is a doubt while Marc ­Muniesa and Geoff Cameron are out but Marko Arnautovic returns from a ban.

Key stat
Watford have lost their last four away matches