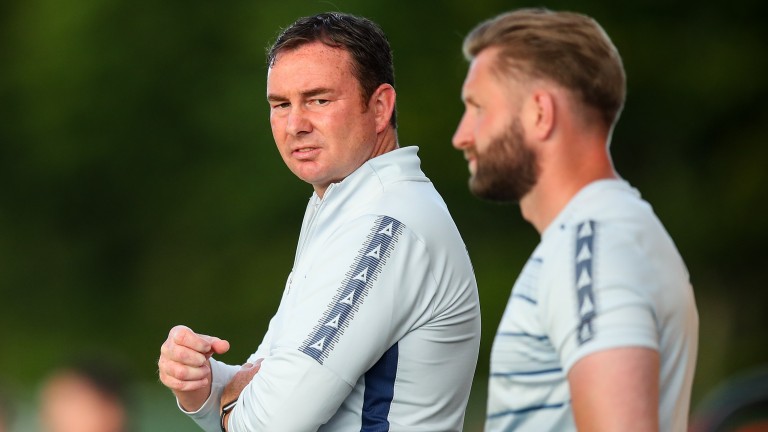 Things ain't what they used to be and that's mainly a good thing.

My mother-in-law asked me to place a bet for her on the Grand National earlier this year and wanted to "pay the tax", which was the right sentiment if not the right century, while when I first joined the Racing Post you couldn't bet singles on football matches.

That seems like madness now, so imagine how Canadian punters who wanted to keep on the right side of the law must have felt until earlier this summer when a bill was passed on singles finally being allowed for sports betting.

Currently singles are only accepted on horseracing but by the end of the year customers will be able to bet without it being part of a parlay – and without heading to offshore betting sites, US casinos or illegal bookmakers.

One thing I do miss from yesteryear, however, is that 'pow!' moment when football transfers were a bombshell, rather than stories that had been dragged through the news every day for a couple of months in the case of Jack Grealish to Manchester City, or about two years with Jadon Sancho to Manchester United.

Sancho's arrival should have been a truly great moment for United fans, although most were probably just bored of the constant updates – where there were no updates but we'd best provide an update on the lack of updates – and presumably the overriding emotion was relief that we wouldn't need to hear another word on this potential transfer once it was a done deal from Borussia Dortmund.

It was much better in the old days.

The first I knew of Jurgen Klinsmann signing for Tottenham in 1994 was on one of those newspaper-sponsored advertising boards outside a shop. A genuine WTF moment before WTF was a thing.

So how great this week that we experienced that feeling again, not once, but twice. First, Danny Ings signed for Aston Villa without anyone hearing about it in advance and then Lionel Messi's departure from Barcelona was announced.

Villa could hardly have spent the Grealish money better than to bring in Ings, Emi Buendia and Leon Bailey, while Barca could not have done any worse with the way they've handled the Messi mess.

Years of mismanagement mean they can't afford to re-sign the world's best player when at the same time they are reportedly dishing out around £65m a year in total to Antoine Griezmann, Philippe Coutinho and Miralem Pjanic.

They didn't need Griezmann while Coutinho and Pjanic have turned out to be abysmal signings.

It would have been beautiful to see the Pedri-Messi relationship grow but Messi deserves better and he will have a greater chance of winning the Champions League again now he is out of Barca.

Two ante-post bets stand out in the EFL. Derek Adams's appointment at Bradford has given the Bantams a great chance of punching at their considerable weight as the Scot has already gained promotion twice at League Two level with Plymouth and, miraculously, Morecambe last season.

Double up a top-seven Bradford finish with Lincoln to be the top Midlands club in League One at the expense of Burton and Shrewsbury.

Lincoln were 20 points superior to Burton last season and 23 ahead of Shrewsbury and there doesn't appear to be any logical reason as to why that gulf will suddenly close this term ... unless Messi is off to the Pirelli.