Encouraging signs for the Cobblers 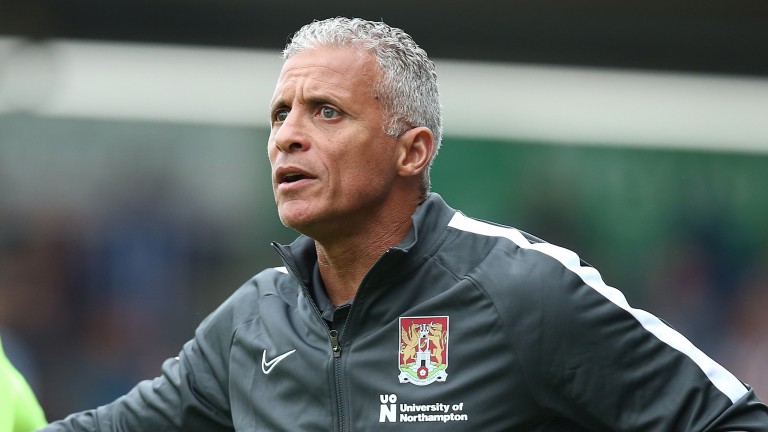 Several postponements have helped to create a messy picture in the League One promotion race but leaders Lincoln are doing their best to pull away from the chasing pack and can cement their position with a victory at second-placed Hull.

In a best-case scenario the Imps could finish the evening with a six-point buffer at the top, but they could also drop out of the automatic promotion berths if they lose at Hull and third-placed Doncaster win at Fleetwood.

Lincoln manager Michael Appleton will be urging the players to concentrate on their own task and his squad have had the benefit of three full days of preparation since a 3-0 success at Gillingham on Friday.

Hull played on Saturday and suffered a shock 1-0 loss at Burton.

Tigers' manager Grant McCann pulled no punches after the game, describing the performance as 'just not good enough'.

McCann will demand a positive response but his team selection has been hampered by injuries to midfielders Richie Smallwood and Alfie Jones and there is every chance of Lincoln taking advantage.

Third division strugglers Northampton have just finished a block of four successive away games, losing two and drawing two, but they have taken four points from their last two home fixtures and should be too strong for relegation rivals Wigan on their return to Sixfields.

The table makes grim reading for Northampton, who slipped to third bottom – as low as they have been all season - after Saturday's 0-0 draw at promotion-chasing Accrington.

However, the Cobblers' weekend performance was hugely encouraging with some good chances created and a quiet afternoon for visiting goalkeeper Jonathan Mitchell, who didn't have to field a shot on target.

Keith Curle's side showed they can compete with a highflying team and should have a far easier task against cash-strapped Wigan, who remain second-bottom after Saturday's 3-2 loss at home to Wimbledon.

Jimmy Floyd Hasselbaink has not taken long to establish League One basement boys Burton as a difficult team to play against and his improving side can pick up a point or three at mid-table Blackpool.

Hasselbaink was a lethal striker in his playing days but likes his teams to defend properly and has had an immediate impact on the Brewers, who have posted two 1-0 wins in their last three games.

Burton registered a well-deserved single-goal success at home to Hull on Saturday and have every chance of a good result against the Seasiders, who were off colour during Saturday's 1-0 defeat at Ipswich.

Bolton are a disappointing fifth-bottom in League Two but they are still hoping to mount a late-season dash towards the playoffs and can narrow that gap, which is currently 11 points, by defeating seventh-placed Morecambe.

Ian Evatt's Trotters were worthy 2-0 winners at home to Leyton Orient ten days ago and can silence the Shrimps, who were fortunate to draw 2-2 at lowly Stevenage on Saturday.

Mansfield have won their last five league games and can continue their charge towards the League Two playoffs by defeating Walsall.

The Stags' last two games have been postponed but they should be raring to go and can expose the Saddlers, who sold key players Elijah Adebayo and Zak Jules to Luton and MK Dons on deadline day.