Latics can boost their survival hopes 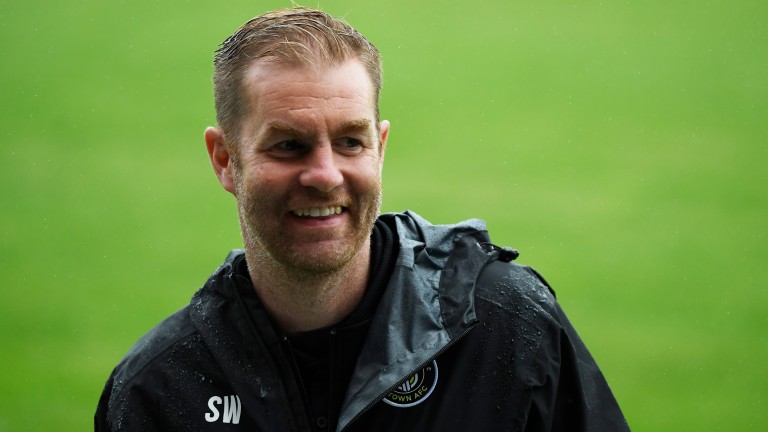 The League One relegation scrap is finely balanced with three points covering the bottom six teams but 20th-placed Wigan are just outside the relegation zone and can boost their survival hopes with a win over injury-hit Accrington.

Staying up would be a massive achievement for the Latics, who had to throw together an almost entirely new squad before the start of the campaign before being hamstrung by lengthy delays in securing new ownership.

The ownership saga was finally settled this week, and the welcome news has coincided with an improvement in results with Leam Richardson's side collecting seven points from three matches.

There was a tinge of disappointment on Tuesday when Wigan conceded a late equaliser in a 1-1 draw at relegation rivals Wimbledon, but it was another decent performance and Richardson's side have a great chance to finish the week on a high.

Accrington have been chasing a playoff place for much of the campaign and are not completely out of the running with five points separating them from the top six.

However, they have performed more like relegation candidates in recent weeks – winning one of eight games – and are contending with a nightmare injury list featuring first-team regulars Nathan Baxter, Seamus Conneely, Ross Sykes, Tariq Uwakwe, Joe Pritchard and Colby Bishop.

John Coleman's side have lost three league matches in succession for the first time this season and their predicament may get worse before it gets better.

Harrogate have won seven of their last 11 games, lifting them to the fringes of the League Two playoff race, and they can move to within five points of the top seven by defeating Morecambe.

Seventh-placed Morecambe are among the teams Harrogate need to catch and have made excellent progress under Derek Adams, who was appointed manager in November 2019.

Adams has transformed the perennial strugglers into promotion hopefuls but his team head to North Yorkshire without suspended duo Sam Lavelle and Yann Songo'o.

The pair have been key pillars of the team with central defender Lavelle marshalling the back four and Songo'o providing power and athleticism at the base of the midfield.

Their absence leaves the spine of the team weaker than usual and that should offer encouragement to Harrogate, who have overcome their early season struggles in home fixtures.

Five of Harrogate's six home league victories have come during the last two months and another could be registered this weekend.

Barrow are responding superbly to Interim manager Rob Kelly and can further reduce the possibility of a swift return to the National League by defeating Crawley at Holker Street.

Kelly's side have won their last three games without conceding and the pick of the bunch was their 2-0 triumph at leaders Cheltenham on Tuesday.

They are five points above the drop zone and can widen the gap at the expense of tenth-placed Crawley, who needed a controversial injury-time penalty to seal a 1-1 draw at home to Walsall on Tuesday.

Cheltenham remained top of League Two despite Tuesday's 2-0 loss at home to Barrow but they could suffer a third defeat in four games when taking on playoff-chasing Salford.

Salford have lost just twice in ten games and their record of 27 goals conceded is the lowest in the league. Their solid defence can lay the foundation for a vital away victory.

Rotherham have been displaying a positive attitude in their scrap for Championship survival and their best hope for a goal at Bristol City is striker Freddie Ladapo, who has netted in each of his last two appearances.