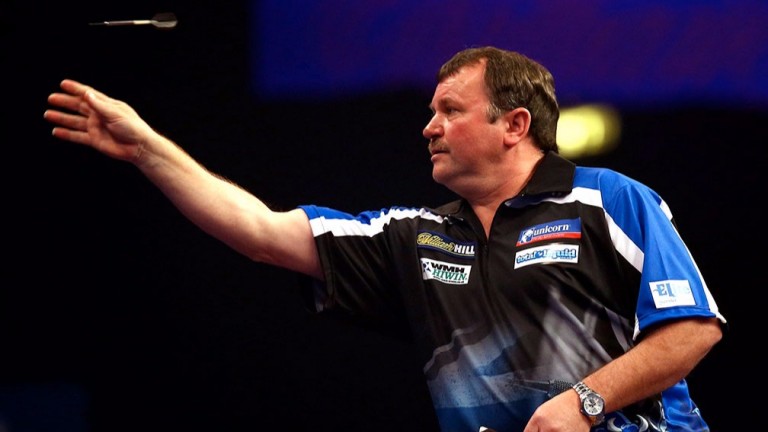 On a day when five of the eight matches at the William Hill World Championship are almost toss-of-a-coin affairs, back seasoned campaigners Darren Webster and Terry Jenkins to fly the flag for the old guard.

Webster, 48, can take care of former Lakeside world champion Stephen Bunting while 53-year-old Jenkins can see off Josh Payne, who is 30 years his junior.

T Shah v M Chino
Head-to-head: no previous meeting
Proceedings kick off with a tantalising preliminary-round tussle between a pair of Far-East flingers, who do much of their best work on the soft-tip tour.

Both Tengku Shah and Masumi Chino have tried to qualify for Alexandra Palace before and it’s 48-year-old Malaysian ace Shah who gets the nod.

Chino, 29, has tasted the big time in the PDC with a couple of run-outs in the Tokyo Masters where he has been beaten – but not disgraced – by Phil Taylor and Michael van Gerwen.

T Jenkins v J Payne
Jenkins leads 2-1
A clash of the generations sees the Raging Bull – debutant back in 2005 – take on Josh Payne, who had just left primary school when Terry Jenkins first bowled up at the Circus Tavern.

Payne is definitely on the up but is yet to produce on TV. Indeed, he looked somewhat unnerved when he took on Robert Thornton on his Matchplay debut in July when the out-of-form Scot was there for the taking.

If Payne has learned about the big stage then clearly he’s got a chance, though Jenkins’ experience – like The Thorn’s at Blackpool – could prove the difference.

J Henderson v A Gilding
Henderson leads 2-1
Just two places separate these two on the Order of Merit and the bookies can hardly split them.

Andrew Gilding, who had a memorable 2015 with a string of semi-finals including one at the UK Open, has not followed up in 2016. John Henderson, who has had one win in four visits to Ally Pally, has also had a fairly nondescript 12 months. 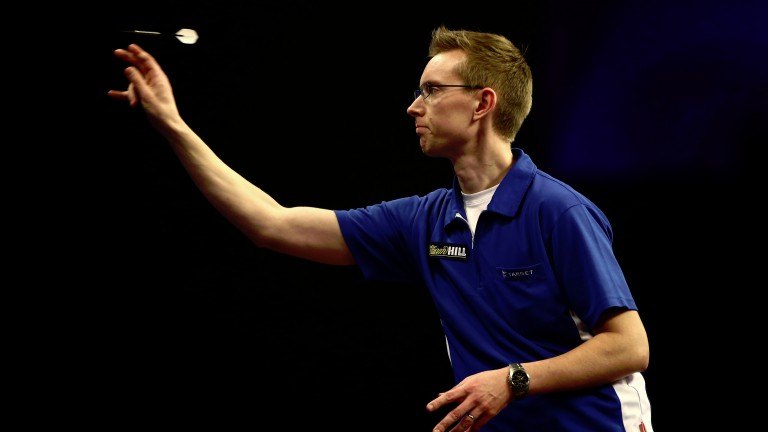 R Snook v K Viljanen
No previous meeting
This looks another tight one with Ross Snook, conqueror of John Part and Darin Young among others in North American qualifying, set for a debut against Finland’s Kim Viljanen.

Snook, aka The Rock, reeled off nine straight legs against an admittedly inconvenienced Young in that final with a trio of maximums. His best leg was a 16-darter.

Viljanen, on his third trip to Alexandra Palace, has more experience on the big stage and has enjoyed a decent year on the Scandinavian tour. Snook, in an interview, is worried about conquering his nerves and that could be the difference.

Michael van Gerwen will destroy the winner later in the night.

C Reyes v D van den Bergh
Level at 2-2
The one thing that won’t get to Dimitri van den Bergh is nerves, and the fearless young Belgian can do the business against Cristo Reyes.

Dancing Dimitri felled Ian White on his debut last year and has followed that success with a more than satisfactory 2016, split between the development and main tours.

Cristo Reyes is a solid enough operator though has had a quiet autumn and his backers will hope he has erased memories of last year’s horrible defeat against an out-of-sorts Wes Newton.

S Bunting v D Webster
Bunting leads 2-1
Darren Webster has had an autumn that very few other darters have had.

Okay, the Demolition Man hasn’t won anything, but his two highlights have to be an amazing 5-0 whitewash of Phil Taylor at the Grand Slam, trumped by winning six legs in a row against Michael van Gerwen in the Players Championship Finals semis. Admittedly, he lost the match 11-8, but it was a performance to remember.

Those who have monitored Webster’s career are perhaps less surprised than some by those efforts, because the Norfolk chucker has got all the class in the world, but seems to lack self-belief on the outer ring.

Surely events over the past few weeks have given him the confidence to think he can topple ex-Lakeside champ Stephen Bunting, who isn’t the player he was a couple of years ago. Definitely rather be punting Webster at 9-5 than the Bullet at 8-15.