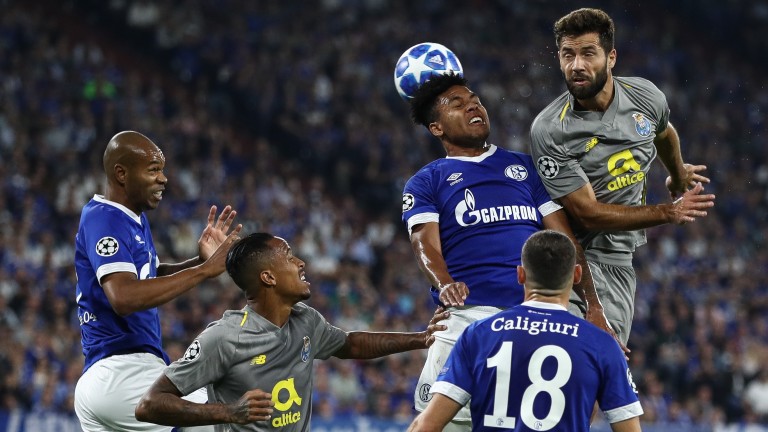 Primeira Liga
8.30pm Friday
Porto have already dropped more home points this season (three) than last year (one) but they are unlikely to slip up against mid-table Tondela at the Dragao Stadium.

The Portuguese champions were stunned 3-2 by Vitoria Guimaraes last month but they had previously gone 36 home league games without a defeat.

Porto responded to the loss to Guimaraes in good style, registering league wins at home to Moreirense (3-0) and away to Vitoria Setubal (2-0), but need to keep piling up the points as they approach a key stage of the season.

Next Sunday's trip to Benfica is one of the major dates on Porto's domestic calendar but they cannot afford to look too far beyond Wednesday's home match with Galatasaray, which could have a big bearing on the outcome of Champions League Group D.

Some of Porto's players may be looking ahead to those games but it is doubtful whether Tondela have the quality to punish them even if the hosts are slightly distracted.

Tondela are into their fourth successive campaign in the top flight but they have made fairly hard work of a kind set of early fixtures.

Pepa's side picked up just two points from their first four games but released the pressure last Sunday by winning 2-0 at home to fellow strugglers Moreirense.

Winger Antonio Xavier popped up with both of the goals against Moreirense, his first in the league since the 2016-17 campaign, but it is hard to imagine how he or any of his teammates will seriously trouble Porto.

Tondela have lost their last three matches against Porto without scoring a goal and their struggles against the Dragons are set to continue.